Delimitation should not be conducted only in Thangmeiband AC: Jotin Waikhom

Manipur BJP executive member expressed his disagreement against the MAHUD department for issuing an order on March 18 to conduct the delimitation process among the wards of Thangmeiband assembly constituency. 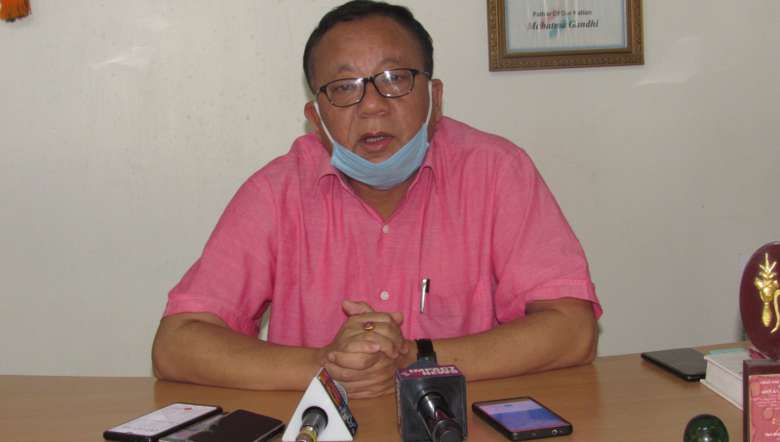 Speaking during a press conference held at his residence located at Thangmeiband, Imphal West on Thursday, Jotin said that delimitation process can be conducted however, it should be among the seven MLAs in the Imphal Municipal Corporation area.

He said that Joykisan had urged CM N Biren Singh to conduct the delimitation among the wards of the assembly constituency for uneven distribution of voters mainly in ward number 1, 2, 3 and 25. He further expressed his disagreement against the MAHUD department for issuing an order on March 18 to conduct the delimitation process among the wards of Thangmeiband assembly constituency after the application was applied to the government.

Pointing out an example, Jotin said that in 15-Wangkhei assembly constituency, its ward number 21, 22, 23 and 2 have huge difference in voters’ population. Urging to conduct delimitation for some selective wards by the Thangmeiband MLA is to get his own benefits instead of giving benefits to the public, he added.

Jotin said that delimitation should not be conducted under political interest but should be under the interest of the public. He appealed to the people to raise voices to get their rights.