Transgender activist Shanta Khurai stated that it is wrong to represent the transgender community of Manipur by outsiders taking the opportunity of funding a programme. 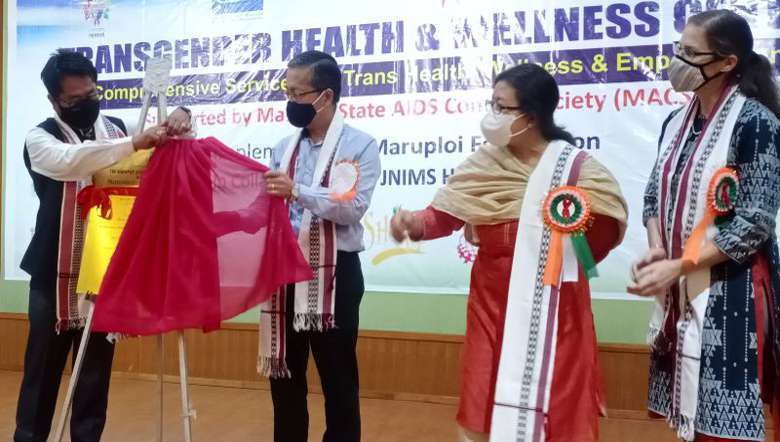 Trans women community of Manipur were vexed over the inaugural programme of Transgender Health and Wellness Centre and help desk at JNIMS, saying they were not consulted in organising the event.

The function was organised by the Manipur State AIDS Control Society (MACS) and ITECH, India, a global network with a mission to work with local partners to develop skilled healthcare workers and strong national health systems in resource-limited countries.

“Speaking and organising programme on behalf of the transgender communities of Manipur by the people from outside the state is an insult to the trans community of Manipur,” said founder member of All Manipur Nupi Manbi Association (AMaNA) RK Premchand while speaking to the media in Imphal.

So how will the people who have not witnessed the ground reality of the trans women of Manipur speak on behalf of them, she questioned.

Transgender activist Shanta Khurai stated that it is wrong to represent the transgender community of Manipur by outsiders taking the opportunity of funding a programme.

“Not only for the trans community. Outsiders who invest funds for certain projects have started representing the people of Manipur in every domain issue,” she said.

Such part time projects taken up by outsiders have created collateral damage to many youths as they will leave the state after completing the project without considering the future of those youths worked during the project, she added.

The Transgender Health and Wellness Centre and help desk was virtually inaugurated by MLA Ranjan at a programme held at Hotel Classic Grande, Imphal on Thursday.

Manipur gets its first Transgender Health and Wellness Centre at JNIMS