As per the document seized from the investigation, the board of directors merely accepted the resignation, which indicates that they had not removed N Samarjit because of the declaration of independence, the charge sheet stated. 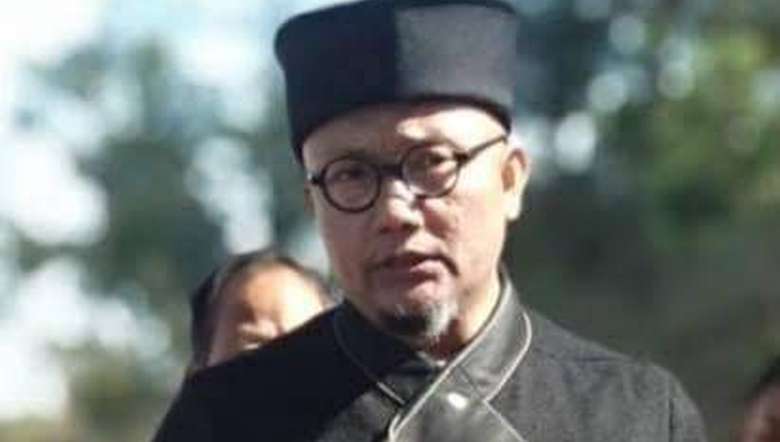 The National Investigation Agency (NIA) has said that self-styled external and defence minister of the so-called ‘Manipur State Council (MSC)’ Narengbam Samarjit is still holding the post of director and managing director of four companies of Salai Group of Companies, in its charge sheet submitted on Tuesday.

N Samarjit submitted his resignation on June 28, 2019, to the board of directors of Salai Group of Companies on the ground that he is going abroad for an indefinite period. He then fled to the UK on July 8, 2019, where he declared cession of Manipur from the Indian Union in a press conference in London, which is an unlawful act.

In the charge sheet, the NIA stated that after declaration of independence in London on October 29, 2019, the board of directors of Salai Group of Companies on October 30, 2019, allegedly accepted the resignation of N Samarjit that was submitted on June 28, 2019.

The new MD of the Salai Group of Companies filed a petition to the Supreme Court of India misrepresenting the fact that they were shocked by the declaration of independence and removed his post, the NIA stated.

However, as per the document seized from the investigation, the board of directors merely accepted the resignation, which indicates that they had not removed N Samarjit because of the declaration of independence, the charge sheet added.

It is also revealed that the entire expenditure for the journey to London was incurred by Salai Tour and Travels Private Limited on the direction of three vice-chairmen, Biswajit, Brojendro and Koijam Deepa Anand. Even after declaration of independence, Yambem Biren and Samarjit frequently called their family members over the phone, it stated.

The three vice chairmen did not remove Samarjit from his post of director and intentionally hid the information from the NIA and the Special NIA Court and the three vice-chairmen deliberately helped Yambem Biren and Samarjit in their unlawful activities, the charge sheet stated.

The sanction for prosecution under section 45(1) of the Unlawful Activities (Prevention) Act, 1967 and section 188 of CrPC was obtained from the Ministry of Home Affairs (CTCR division), Government of India on March 8, 2021 by the NIA.

The NIA submitted the charge sheet against five persons in its probe related to the formation of a self-styled organisation which declared Manipur’s independence from India and allegedly collected funds for its illegal activities.

Officials said that the five have been charged under the Indian Penal Code and the Unlawful Activities (Prevention) Act. The charge sheet was filed before a special NIA court in Imphal, Manipur.

The special NIA court has taken up cognizance under section 120B, 420 IPC, and section 13 and 17 of UA (P) Act against the five accused. However, N Samarjit and self-styled chief minister of MSC, Yambem Biren are still absconding. But Narengbam Biswajit and Akoijam Deepa Anand were released on bail.

The court issued a non-bailable warrant against the two absconders, and issued notice of non-bailable to the remaining three accused. The Court has fixed April 4 for furnishing the RP.

N Samarjit along with Narengbam Biswajit Singh, Elangbam Brojendro Singh, and Akoijam Deepa Anand established the ‘Kadangband Swajaldhara Implementation Committee’ on May 20, 2003 and changed the name to Smart Society on August 10, 2008. Further, different companies under Salai Group were registered after 2008.

The Salai Group of Companies under direction of N Samarjit and his associates collected money from people with promises to pay interest at the rate of 3 per cent per month without legal authority, the NIA charge sheet stated.

Salai Financial Services (SAFFINS) has been registered under the Bombay Money Leader’s Act and thus they are allowed to lend money to the public. However, the Salai Group deliberately with ill intention, accepted deposits under the Act to defraud public money, and the SAFFNS function like a bank without any permission or license, the charge sheet mentioned.

It added that the illegally collected money was invested and laundered through other Salai companies or in buying properties in India and abroad.

NIA sought clarification whether depositing and collection of money are allowed from Bombay Money Lenders Act and also from RBI, and found that collection, depositions were not allowed to the Salai Group of companies.

It also submitted that N Samarjit and Yambem Biren had illegally collected a huge amount of money from people through their associates N Biswajit, Elangbam Brojendro, and Akoijam Deepa Anand and raised fund which is likely to be used in full or a part for committing unlawful activities like the declaration of independence of Manipur from Union of India and for funding or raising an armed force of MSC.

During the declaration of independence of Manipur in London, one journalist from the Times of India asked N Samarjit if the MSC has a military/defence force, to which N Samarjit replied that MSC has its own army military force, the charge sheet mentioned.