As many as 92 runners including veterans, boys and girls took part in the ‘Exhibition Run under Anti-Drug’ campaign from Saparmeina to Motbung on Wednesday. 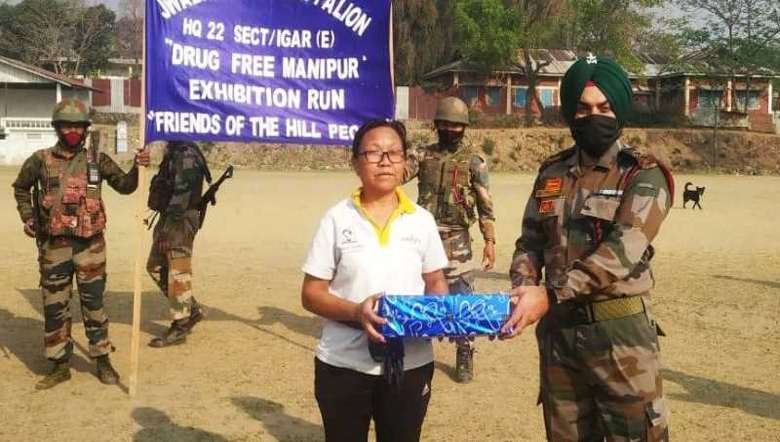 With an aim to promote healthy and drug free life in the area, an ‘Exhibition Run under Anti-Drug’ campaign from Saparmeina to Motbung was held on Wednesday.

The event was organised by COB Motbung of Jwalamukhi Battalion under the aegis of 22 Sector Assam Rifles, IGAR (East) along with Motbung Youth Club.

A total of 92 runners including veterans, boys, girls and people from all walks of life took part in the event.

It might be mentioned here that necessary assistance and arrangements including road traffic management, security cover, medical aid such as ambulance and other refreshments were arranged by COB Motbung during and after the run.

Later, a prize distribution ceremony was held during which the winning participants in various categories were felicitated with certificates and medals.

The participants were also strongly encouraged to lead a healthy and drug free life for a better future.