Imo Singh made the announcement during the inaugural function of RK Sanamacha Community Hall at Sagolband Bijoy Govinda, Thangapat Mapal on Wednesday. 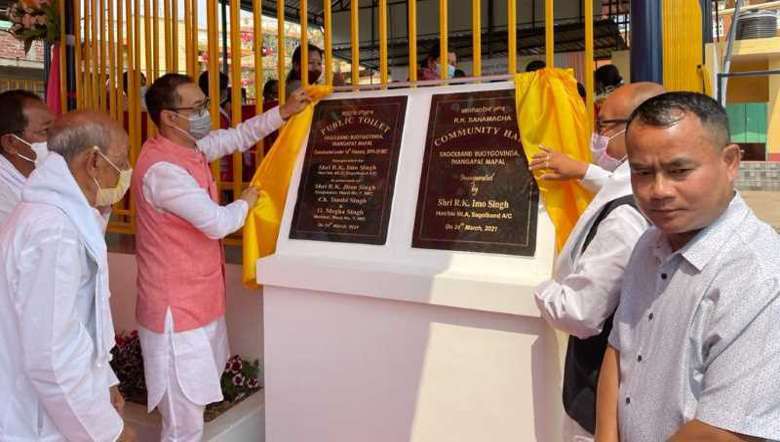 The state government has approved the proposal for developmental work to be taken up at Thangapat (Moat) in Sagolband Bijoy Govinda, and the construction work will begin from coming April, announced MLA, Sagolband assembly constituency, Manipur, RK Imo Singh.

Imo Singh made the announcement during the inaugural function of RK Sanamacha Community Hall at Sagolband Bijoy Govinda, Thangapat Mapal on Wednesday.

Attending the function as chief guest, RK Imo Singh said that Thangapat at Sagolband Bijoy Govinda is one of the historical moats of Manipur where the ‘Hiyang Tannaba’ (Boat Race) is held every year on the occasion of ‘Heikru Hidongba’ festival.

The ceremony is being held every year since time immemorial, he said, adding it is an utmost need to maintain and preserve the sanctity of this historic moat by bringing the development suitable with the present generation.

The project for development and beautification of Thangapat moat will be carried out at the cost of Rs 2.5 crore, he said. The construction work will begin by April, he added.

Singh further said they are aiming to convert Shree Shree Bijoy Govindajee Temple at Sagolband Bijoy Govinda as a tourist spot under the Swadesh Darshan Scheme of Ministry of Tourism, reconstruction and it would attract more tourists.

Imo also announced that there are plans to construct an urban health centre near Tera Boy’s High School. This project was proposed a long time ago and its approval is expected to be given shortly. He also gave assurance on the commission of one over-head tank to be constructed at Tera by coming December.

The MLA also appealed to every citizen to continue following the COVID-19 appropriate behaviour to prevent a second wave of COVID-19 pandemic as some states of India are experiencing a second wave now.