The poetry award function was held as a part of the 19th foundation day celebration of IMAKHOL. 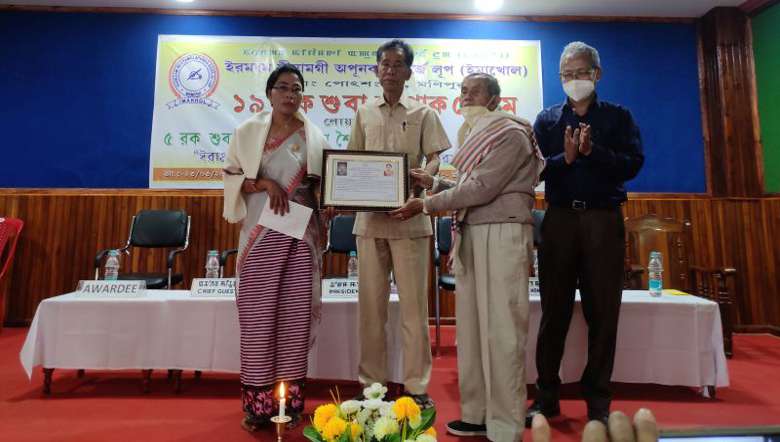 The poetry award function was held as a part of the 19th foundation day celebration of IMAKHOL, a writers’ organisation. Besides, IMAKHOL also released the 10th edition of a journal titled ‘Iraokhol’ along with a poetry book entitled ‘Nongsibu Ngallaroidra Ima’ written by Kesho Singh Irengba and a short story, ‘Amuba Leichin’ written by Huidrom Binodini Devi.

Speaking at the function as chief guest, convenor Manipuri Language Advisory Board, Sahitya Akademi New Delhi Moirangthem Kirankumar Singh said that literature plays a significant role in human life. As such, it is very essential to promote and preserve the literary works of the society, he said.

He said, organising a foundation day helps in reminding what activities were taken up by that particular association. Besides, it would also help in charting out the future plans of the association, he added. It would not be possible to organise such an event without love, compassion and unity among the members of association, he said.

IMAKHOL president RK Gunachandra Singh took part in the function as its president. As a part of the function, awardees of IMAKHOL and media persons were also felicitated. Waribam Meino Seireng award consists of cash worth Rs 10,000, a citation and a shawl.