Let Jacinda and Kiwis inspire us

Just like a Muslim holds no right to demand ban of application of Sindoor on the forehead of a Hindu woman, similarly no Hindu can demand ban of burqa. 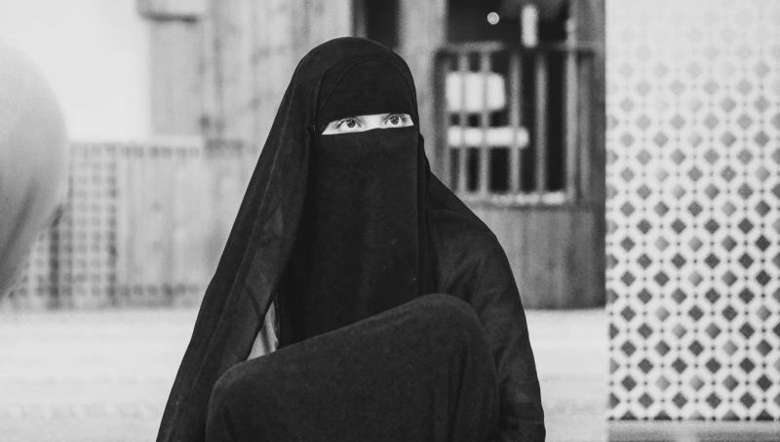 Representational image (PHOTO: Unsplash)
With Sri Lanka attempting a ban on sporting Burqa in the island nation by taking a cue from many other countries of the non-Muslim world, a large section of Indians have received a new impetus and started demanding ban of the dress upon Indian soil as well by atrociously associating it with "terrorism"!
Mobiles play an important role while conducting terrorist activities acting as a link between the players directly in the front creating mayhem and their handlers at a far safe distance behind. Now will demand be raised to ban mobiles and communication technology!
Terrorists often travel by railway to reach their destinations where the mayhem would be ensured. Lorries and cars are also effective tools to launch terrorist attack in crowded places by the suicide squad.  9/11 attack on Twin Towers of New York  was made successful by hijacking an aircraft. So would demand be raised now to ban all aircraft, trains, cars and lorries!
Answer is obviously "No".
However only one thing should necessarily be banned and that is of course none other than the Burqa --- as if it is the "sole collaborator" of terrorism! Brilliant! Were the terrorists who killed two of our own Prime ministers --- Indira Gandhi and  Rajiv Gandhi --- found to be wearing burqa! Did the Hindu terrorists of LTTE take refuge under burqa during the long bloody civil war in Sri Lanka! What about the infamous Irish ultras or Khalistanis who terrorised Northern Ireland or Punjab in not too distant history or the dreaded Naxalites currently operating in various states of India! Was/ Is Burqa their main camouflage while indulging in shootings or bombings!
Actually when the conclusion has already been drawn that our Muslim brothers and sisters along with Islam should be character assassinated at any cost, Burqa should necessarily be given a bad name and demand be raised to ban it! Ban the Burqa, all norms of terrorism would vanish from the globe automatically!
What a fall countrymen!  What a cheap barbaric assault upon the cultural and religious rights of our own fellow citizens! What a supreme insult to the concept of diversity, equality, secularism and the Indian Constitution itself! What a clever attempt in degrading democratic heterogeneous secular India into a "Hindu Rashtra" where the majority community would dictate what the minorities would wear or not wear! And what a crude tactics to make terrorists and Islam a "synonymous" term; though the fact remains that terrorists hail from all possible religious groups around the world --- Hindus, Christians Sikhs, to Buddhists!
If Burqa is a symbol of "oppression" and "imposition upon women so as to protect them from male gaze"; what about the veils often worn by Hindu women in various parts of the country! Can't terrorism be launched by hiding under veil or Hindus can never become terrorists!
Perhaps the self-declared liberators of oppressed Muslim women are ignorant of the fact that there exist innumerable women in Muslim community who voluntarily and proudly respectfully adorn the burqa!  And far from being timid  illiterate or getting brainwashed by any orthodox cleric; those women have attained education and enlightenment of highest order and are successfully dominating and running the show in various professional fields!
Moreover, by virtue of which right can the "Hindu liberators" infringe upon the religious norm of Muslims and demand a ban of burqa! Just like a Muslim holds no right to demand ban of application of Sindoor on the forehead of a Hindu woman, similarly no Hindu can demand ban of burqa and thereby exceed his moral and religious jurisdiction. The decision of whether burqa would be worn or rejected should be in the exclusive domain of the Muslim community and specially the women practicing the religion. Who are the Indian Hindus or  French Christians to poke their nose in the internal affairs of the Muslims!
Lastly, if inspiration needs to be drawn from foreign countries, then Indians should discard their Sri Lanka-myopia and give a long gaze towards a sparsely populated island located in the furthest corner of the globe.
When innocent Muslims were massacred in a Christchurch mosque in early 2019, the Prime minister Jacinda Ardern not only sported a Burqa, despite being a Christian, to show solidarity with the community; she also termed the Muslims as "THEY ARE US"! What an exemplary act of respecting diversity and religious sentiments of the minorities! And taking cue from her, Christian women, all over New Zealand, had put on head scarves and niqab during a Friday prayer in honour of the shooting victims!
This is called humanity compassion and solidarity with fellow citizens along with respect towards diversity and cultural religious rights of all. And yes the terrorist of Christchurch was neither a Muslim nor was he wearing any burqa!

With Jacinda Ardern and New Zealand shining bright, India should learn to choose its leaders and role models instead of remaining at awe of closed-minded orthodox nations.
(The views expressed are the writer's own)
First Published:March 23, 2021, 7:13 p.m.
Tags: