The Manipur CM instructed officials to form a joint committee of Water Resources department, PHED and Minor Irrigation for the successful implementation of the campaign that will continue from March 22 to November 30. 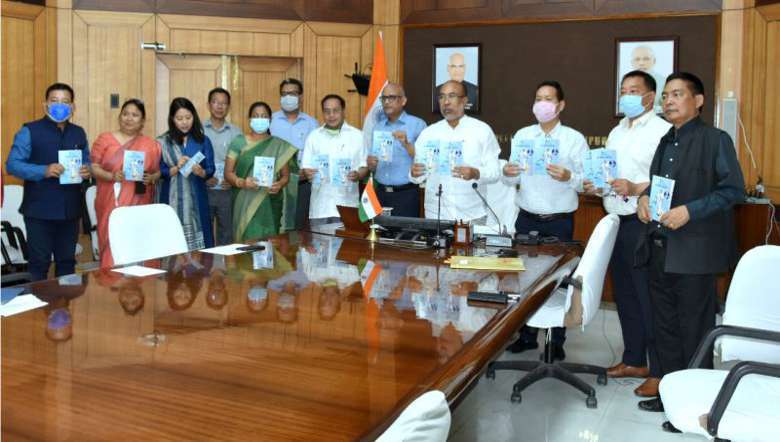 Chief minister N Biren Singh on Monday launched the state chapter of the nationwide ‘Catch the Rain’ campaign at the chief minister’s secretariat.

During the launch event, N Biren Singh instructed the officials to form a joint committee of Water Resources department, PHED and Minor Irrigation for the successful implementation of the campaign that will continue from March 22 to November 30 to reduce the problem of water scarcity in the next dry season.

He also directed them to bring the local self-government into confidence so that Prime Minister’s instructions are translated into action at maximum level and make the campaign a success.

The chief minister also released a booklet titled, ‘Jal Shakti Abhiyan’ published by the Directorate of Information and Public Relations at the occasion. A short video on water conservation was also screened during the function. Later, the chief minister administered Water Pledge to the gathering to conserve and use water judiciously.

The campaign will be undertaken across the country, in both rural and urban areas, with the theme ‘Catch the Rain, where it falls, when it falls’. It will be carried on as a Jan Andolan to take water conservation at grassroots level through people’s participation. It is intended to nudge all stakeholders to create rainwater harvesting structures suitable to the climatic conditions and sub-soil strata, to ensure proper storage of rainwater.

“There will be no life without water,” he said at the observation organised by Indian Council for Agricultural Research, ICAR, Manipur at its center at Lamphelpat.

He maintained that the world will be facing a water crisis soon if humans do not follow the law of nature. “We should know the value of water. Water is life and we should use water judiciously. Wasting water will give a serious impact on human beings in the future,” he said.

He said that the concept of preservation of water should be fully adopted by all. Cultivation of food crops is possible only when there is water, he said. It is unfortunate that the law of nature has been violated by the people, he said while adding there has been a man-made ecological imbalance in the world. “We have to find out the reasons for the occurrence of uncertain floods and droughts during the last few decades,” he added.

He mentioned that the forefathers of the state used to produce sufficient food that could be consumed throughout the entire year. The state was self-reliant in terms of agricultural and other products but the scenario has come to an unwanted change, he added.

He also suggested that the increase in global warming could be kept under control by planting of trees and stopping deforestation.

In order to provide water for agricultural activities up to some extent, the Minor Irrigation department has introduced the scheme of installing tube wells, he said. Command Area Development Authority, CADA is also constructing distributary channels, he added.

A technical session was also held as a part of the observance.

The day was widely observed in Tamenglong district in two programmes held at different places.

Live streaming was held to listen to the speech of Prime Minister Narendra Modiji on launching of Jal shakti Abhiyan: Catch the Rain campaign.

Deputy Commissioner Tamenglong Armstrong Pame led the pledge to keep the environment to clean and save water and use water for every drop of water in a proper manner.

Cleanliness drive was also held at COB Dikuram village along the Barak River as a part of a campaign to save the river.

A statement issued by its adjutant said that in conjunction with the Central Government’s initiative on ‘United Nations’ World Water Day, 44 Assam Rifles under the aegis of 22 Sector AR/ IGAR(E) celebrated ‘Jal Shakti Ka Amrut’ mahotsav.

In Senapati district, the District Administration joined the campaign where deputy commissioner Senapati Th Kirankumar said the sensitisation on water conservation will begin at the grassroots level through the people’s participation. He appealed to the members to take active participation in rainwater harvesting.

Besides, the campaign was carried out in all sub-divisional Blocks and various anganwadi centres in a befitting manner. Later, a pledge was taken by the members present led by DC Senapati Th Kirankumar.  The programme was attended by DLO’s, several village authorities and leaders.

The ICAR-KVK also celebrated the Day to create awareness among the farmers about the importance of water in life and agriculture in particular under the theme ‘Valuing Water'.

Attending the occasion as chief guest, former MDC of New Lamka, Sh CT Lian stressed on the importance of water. Head in-charge of ICAR-KVK, Churachandpur, S Roma Devi, who attended as president in the function, explained the issues of water crisis and climate change in the present scenario. CTO of Animal Science, W Rajen Singh highlighted the value of water in the daily lives of people. CTO of Soil Science, L Somendro Singh detailed the relation of soil and water in the agricultural sector.