The Manipur chief minister observed that it is because of the hard work of local clubs that Manipur has many established and renowned players. 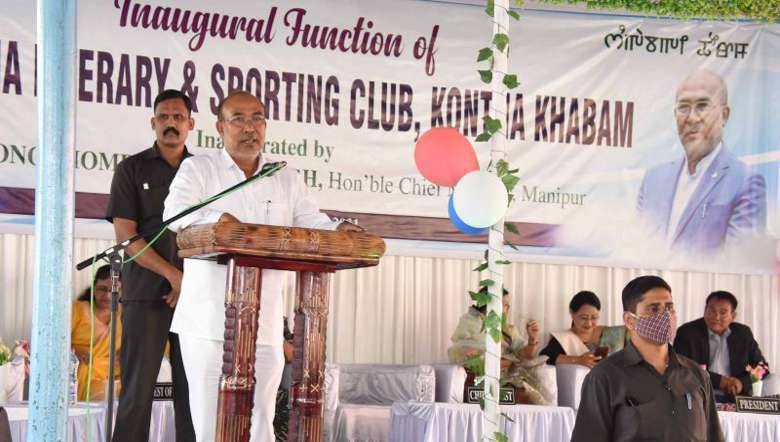 Manipur Chief minister N Biren Singh on Sunday said that the government has been supporting sportspersons and will continue to encourage them in future as well.

He said that understanding the inconvenience and hardships faced by retired sportspersons, the state government had launched a pension scheme for unemployed sportspersons and coaches of 60 years and above who have represented Manipur/India either in National or International tournaments.

He observed that it is because of the hard work of local clubs that Manipur has many established and renowned players.

Yumnam Rashmani dedicated his life for the development of hockey, as such, a tournament is organised every year in his memory, he added. He announced that the hockey ground of YCCIC would be developed as a full-fledged astro turf hockey ground at the earliest.

Reiterating that there is no dearth of talents in Manipur, he said that the state has rich talents not only in sports and culture but also in human resources. Recently, altogether 12 students had cracked NDA examination, he said while adding that Manipur must be probably one of the states which have the highest number of Army officers if calculated through population ratio.

The chief minister further said that with the restoration of peace, people are now able to concentrate on their chosen professions and duties, he added.