The Quran is the holy book of Muslims and it is about love, unity, brotherhood, peace etc., and there is nothing in it that incites hatred or violence in society, said Muslim Spiritual Forum Manipur spokesperson Salatur Rahman. 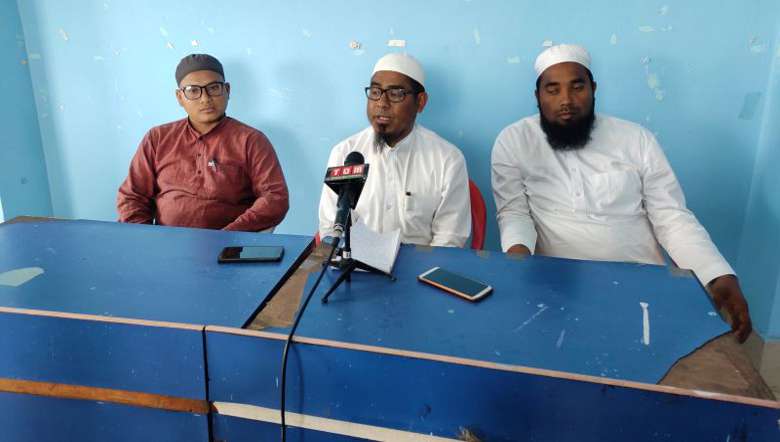 Muslim Spiritual Forum Manipur on Sunday strongly condemned the recent petition filed by former chief of UP Shia Central Waqf Board Waseem Rizvi in the Supreme Court to remove 26 verses of Quran.

The petition claimed that the 26 verses promote violence. The move drew a massive backlash from Muslim communities in the country.

The Quran is the holy book of Muslims and it is about love, unity, brotherhood, peace etc., and there is nothing in it that incites hatred or violence in society, said spokesperson of the forum, Mufti Salatur Rahman, in a press conference held at Manipur Press Club in Imphal.

Therefore, giving such remarks by the said person that the 26 verses of Quran create violence is baseless and is unfortunate, he said.

He said that according to conventional Islamic beliefs, the Quran was revealed by the angel Gabriel to the Prophet Muhammad in the West Arabian towns of Mecca and Medina, beginning in 610 and ending with Muhammad's death in 632 CE. Since then, there are no changes made in this holy book, he said. Hence, making such claims affects the sentiments of millions of people who follow the Islamic religion, he added.

He further said that making such inappropriate claims against any belief should be prohibited in a secular country like India. The leaders of the nation should give him a befitting punishment, he added.