To earn the tag of citizen centric government, MPCC spokesperson asked the state government to let its action match with the words and commitment it makes. 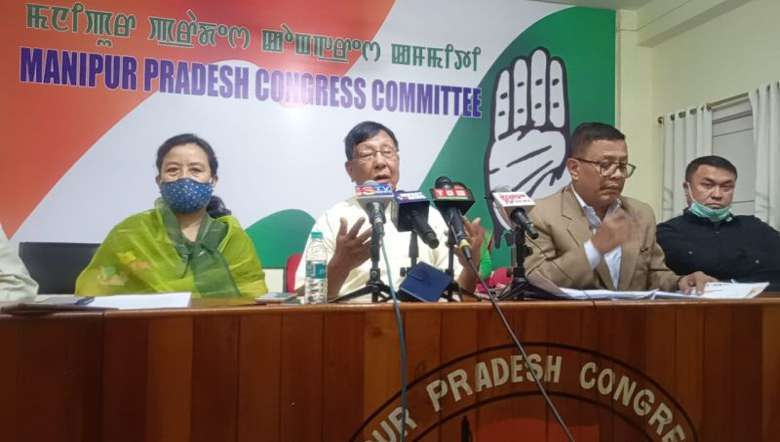 The public takes the present Manipur government led by the Bharatiya Janata Party (BJP) as a non-centric government since its formation for violating the constitutional provision of a democratic country, said MPCC spokesperson Okram Joy

The Manipur Pradesh Congress Committee spokesperson was addressing a press conference on Saturday at the MPCC office in Imphal.

It is indeed surprising that the state government is proclaiming itself as citizen centric government, though it has not taken up any prominent works in the interest of the public and democracy, he alleged.

Recalling the incident where the governor invited the BJP for formation of the government in 2017 by bypassing the Congress party which got the single largest majority, he asked, “Can we call such moves as steps taken up in the interest of the people?”

Questioning on up to what extent the present Manipur government is citizen centric, Joy stated, “The Biren-led government is a government of propaganda and publicity.”

“The government took up developmental works only on tables and newspaper advertisements. Moreover they are renaming the already existing schemes and are fooling the public by introducing it like new schemes,” Joy further alleged.

Joy further pointed out the failure of the state government such as unable to complete the construction of new secretariat at Mantripukhri, drying up of the Imphal river due to untimely uses of Imphal barrage, frequent accident in traffic junctions due to poor traffic maintenance, rapid increase of new structures in paddy land, deforestation in many places, uses of police commando by MLAs to threaten public and others.

“With all these failures and defects, how can the public accept the state government as a citizen centric?” he asked.

To earn the tag of citizen centric government, Joy asked the state government to let its action match with the words and commitment it makes.