‘Inclusion of legal provision can minimise issue of drug menace’

Chairperson of District Legal Services Authority (DLSA), Thoubal, A Noutuneshwari said drug issue in the state must be fought together. 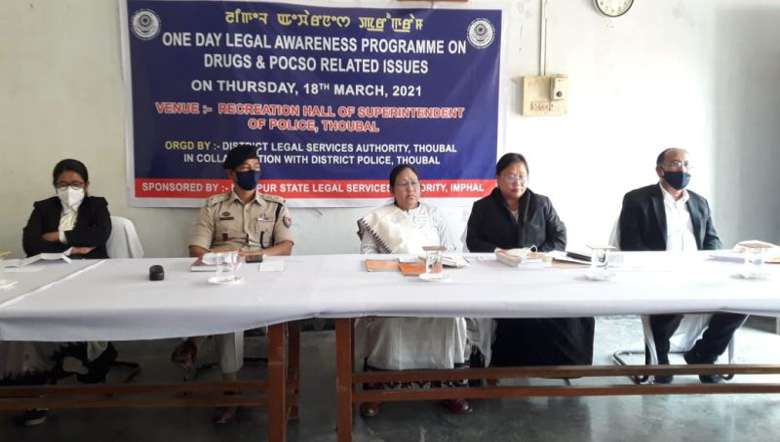 “If a legal provision is included, the issue of drug menace in the state can be minimised,” chairperson of District Legal Services Authority (DLSA), Thoubal, A Noutuneshwari stated while addressing as chief guest during a One-Day Legal Awareness Programme on Drugs and POCSO Related Issues’ held on Thursday.

The awareness programme was jointly organised by DLSA, Thoubal and District Police Thoubal at the recreation hall of the SP Thoubal office complex.

Continuing her speech, Noutuneshwari reminded that the drug issue in the state must be fought together. Mentioning that under Section 67 of NDPS Act, additional power is provided to police personnel, she also spoke on how to build a solid case after a drug haul. She further narrated tales from her personal experiences in life along with legal details and various instructions for the benefit of the attending police personnel.

Speaking on the occasion, SP of Thoubal, S Ibomcha said that “the number of drug cases in the state is currently on a rapid rise, so we still need to be extra careful and diligent.” The police should take extra precautions so that there are no loopholes when evidence for drug haul is being presented at court, he continued while also imploring the public to have trust in the police that they would not let even a drug dealer be free.