Thirty bottles of illegal IMFL and five bottles of Honey Lemon wine were also found concealed beneath the edible items. 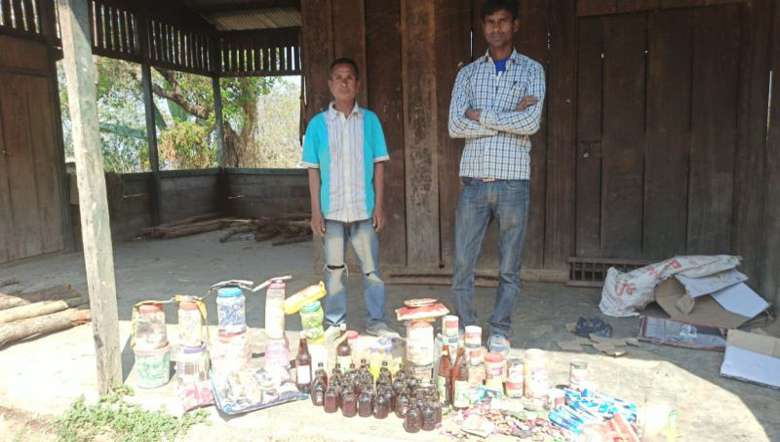 Two non-locals were caught by ZRA on Thursday for supplying expired food items and illegal Indian made foreign liquors (IMFL).

Sources said that at around 9:30 am, a vehicle of two non-locals, who are shop item suppliers, was randomly checked by ZRA at Songtal village and a huge quantity of expired food items were found inside. Thirty bottles of illegal IMFL and five bottles of Honey Lemon wine were also found concealed beneath the edible items.

The non-locals were identified as Mahesh Kumar and Brojen. They were coming from Lamka in their vehicle bearing registration number MN 05A 1817. They have been supplying expired items at Songtal village, which is about 110 Km from Churachandpur and in the interior areas of Pherzawl district, the source added.

Later, the two non-locals were made to burn the expired food items they have carried, followed by emptying the liquor bottles.