IFP Editorial: With time the bad blood between NSCN (I-M) or its supporters and the valley based CSO have mellowed down to talking terms in recent times. 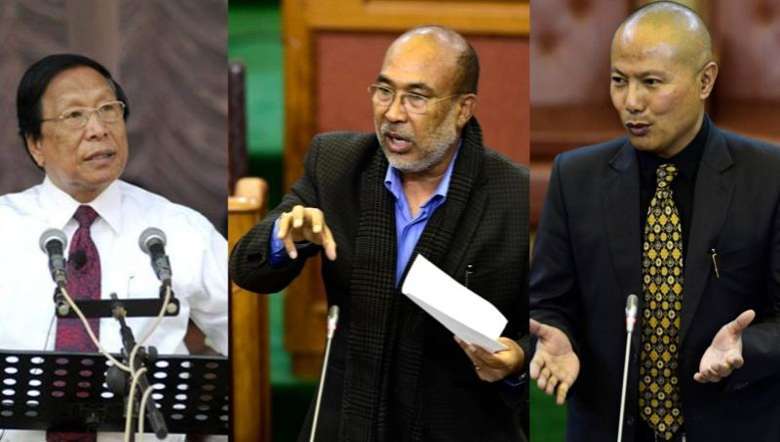 The latest stand of NSCN (I-M) that it is not going to succumb, but stick to the Framework Agreement for the Naga solution followed by the All Naga Students’ Association, Manipur (ANSAM)’s assertion reiterating its stand on a logical conclusion with due recognition of Naga flag, Naga constitution and Naga integration as inalienable rights of the Naga people, speak volumes. The NSCN (I-M) was particularly unhappy with some Naga political leaders who seeks a solution within the Nagaland state. On the other hand, ANSAM took exception of the recent statement of the Manipur chief minister when he asserted that there is no ceasefire coverage in the state of Manipur, in the state assembly. It also termed as unfortunate the statement of ‘one Naga legislator from opposition bench’ in the recent assembly session. Of course, there were referring to the Right Honourable MLA of Ukhrul Alfred Kanngam Arthur. While expressing his commitment to the territorial integrity of the state, Alfred was in fact asking for help from Manipur government and CSOs in finding an honourable solution to the protracted negotiations between NSCN-IM and Government of India. On the other hand, Chief Minister Biren Singh was stating a fact that the ceasefire is not operative in the state of Manipur. Everyone knows that, the Bangkok ceasefire ‘without territorial limits’ was subsequently rolled back after an intense agitation in the valley.

But with time the bad blood between NSCN (I-M) or its supporters and the valley based CSO have mellowed down to talking terms in recent times. Sometime back, NSCN (I-M) supremo Thuingaleng Muivah sat with representatives of CSOs working for territorial integrity of Manipur at Camp Hebron. What we must appreciate here is that a beginning has been made by actually sitting together and talking. Everyone knows, Muivah’s dream of a Greater Lim is still there while the stand of Manipur based CSOs is to prevent any path or solution leading to disintegration of the state at any cost.

Manipuris more particularly the Meiteis had a very rude awakening in June 2001 when the ‘ceasefire without territorial limits’ was announced from Bangkok. Widespread protests broke out in the valley followed by the martyrdom of 18 souls. Ever since, the majority community Meitei has been on a defensive note to various ethnic aspirations spewing everywhere around them. No serious effort for assuaging hurt feelings among the hill brethren was made. Rather, it was all about the territorial integrity and not of hurt sensibilities. What was most lacking was the leadership and outreach required of a majority community towards the lesser communities, and a political overreach to bring the flock together.

Chief Minister N Biren Singh had said that he was open to the idea of sounding out the CSOs and general public of the state for exploring the possibility of bringing an understanding aimed at finding a solution for the protracted peace talks between NSCN (I-M) and the Government of India. One has to understand, he wielded an axe in the 2002 state assembly elections to gate-crash his way into politics riding the high wave of the movement of Manipur’s territorial integrity. Now, he is the Chief Minister of the state. From the day he was sworn in as the Chief Minister, he has been trying to bridge the hill-valley divide through certain confidence building measures and quite successful at it.

One must also understand the present realities surrounding the peace talks between the NSCN (I-M) and Government of India. The mainland Nagas have all along been against Manipuri Nagas taking centre-stage in the Naga Nationalist movement. How quick they had been in disowning Muivah?

What else for Thuingaleng Muivah but to up the ante and rhetoric of Greater Lim and push for major concessions from GOI? Now, the question is what concessions GOI is willing to give to Muivah and what exactly Manipur government is expecting. We hope Chief Minister N Biren Singh is ready with his moves on the chessboard.

NSCN-IM sticks to its guns on Naga issue, only ‘Framework Agreement’ for solution