The seized cough syrup is estimated to be worth Rs.2,36,000 in local value. 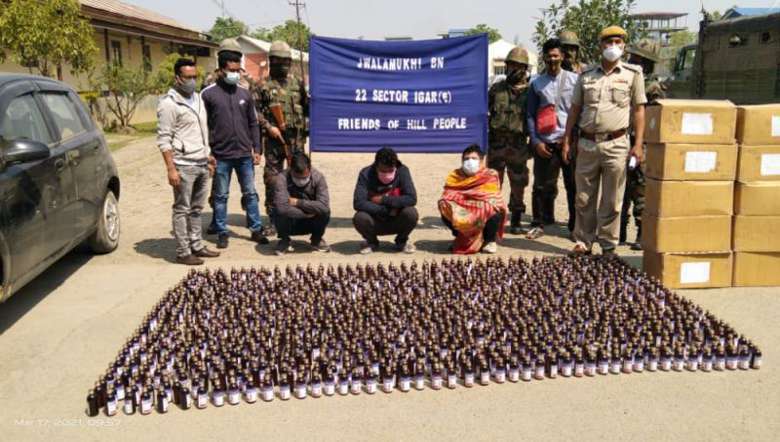 As per police source, 1,180 bottles of Torvirex' codeine cough syrup (100ml) and one Chevrolet UVA car bearing registration no. ASOIAH-6396 were seized from the arrested persons.

The cough syrup was seized from the possession of Salim Malik, whereas Anish Shah and Yahiya Khan were carry men. The seized cough syrup is estimated to be worth Rs. 2,36,000 in local value.

The arrested persons and seized articles will be handed over to OC Irilbung Police station for taking up necessary legal action against them.