Sanaton Athokpam, a medical student of Regional Institute of Medical Science (RIMS) was found hanging inside his hostel room in a suspicious manner on Monday. 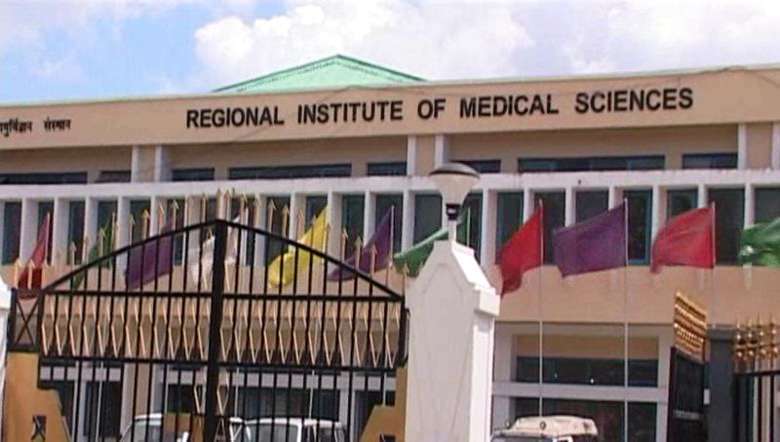 'Justice for Sanaton Athokpam' a body formed following the death of RIMS medical student on Tuesday submitted a memorandum to Chief Minister N Biren, demanding to identify and arrest the culprits within 48 hours in connection with the alleged murder of Sanaton.

Sanaton Athokpam, a medical student of Regional Institute of Medical Science (RIMS) was found hanging inside his hostel room in a suspicious manner on Monday.

The memorandum submitted to chief minister N Biren mentioned that to get justice for Sanaton “Justice for Sanaton Athokpam” was created with Thangjam, Meme Devi as chairman and Moirangthem Loyalakpa as convenor of the body.
It demanded to conduct an autopsy in the presence of a magistrate with full video coverage of the process.

The investigating officer of the case should be a police personnel whose rank is not less than that of deputy superintendent of police, it stated. The state government should provide necessary compensation for the deceased to his family, it added.

It further mentioned that Sanaton has been studying MBBS in 5th semester at RIMS, Lamphel, Imphal by staying at the boys hostel of the hospital. On Monday, at about 1.30 pm, someone informed the sister of the deceased that Sanaton was found hanging inside his hostel room.

The body was brought at RIMS casualty by two of his friends. When Sanaton was found (inside his room) the door was reportedly locked from outside.

Speaking to the media, the mother of the deceased alleged that her son was murdered. His hands were found tied behind his back, she said while demanding justice for her son and to book the culprits involved during the incident.deceased

A letter was also submitted to director RIMS on the same day. The letter mentioned that although Sanaton was found hanging inside his hostel room in a suspicious manner, no investigation from the hospital authority has been taken up yet. The letter demanded immediate justice for the deceased.