IFP EDITORIAL: The question on everyone’s lips is what failed the chief minister in stopping the 24-hour bandh before its commencement and what led to a change of heart among the ATSUM fraternity after an interlude of two days. 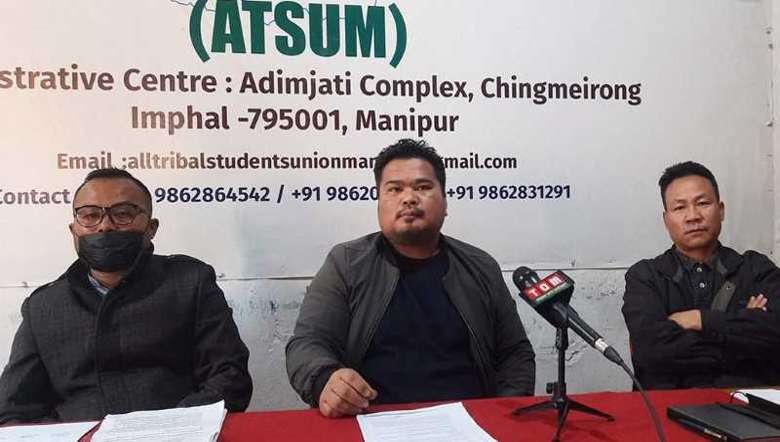 Till the last minute of negotiations, the ultimatum was immediate announcement of ADC elections for calling off the 24 hour bandh in the hill districts and subsequent economic blockade. The Chief Minister’s consistent appeal fell on deaf ears and the All Tribal Students’ Union Manipur (ATSUM), a conglomeration of different tribal students’ organisations active in the state, went ahead with its agitation. There were indeed no takers for the reasons that he cited for the delay in announcing the ADC elections. To a Chief Minister who had gone to lengths to bridge the hill-valley divide and assuage the hurt feelings of the hill people through a number of developmental interventions while also consistently trumpeting the historic herald of a bandh blockade free Manipur, it was an insult to his sensibilities. Yet on March 14, he pressed into service negotiators like NPF ministers Losi Dikho and Awangbou Newmai alongwith BJP minister Vungjagin Valte and a Memorendum of Understanding (MOU) was signed leading to the suspension of the economic blockade by ATSUM.

ATSUM said that after thorough discussion in the meeting, it was agreed that the state cabinet will take a decision by March 31 on the issue of conducting ADC elections and related matters. The government also appointed PHED Minister Losii Dikho, TA and Hills Minister Vungzagin Valte to coordinate with all concerned for the same.

The ATSUM spokesperson said that conforming to the memorandum of understanding reached between representatives of ATSUM and the state government and taking into consideration the seriousness of the state government’s assurance to take decision on the issue of conducting impending ADC Election by March 31, 2021, the ongoing indefinite economic blockade along National Highways and a ban on construction of national project has been suspended. The MoU also stated that the meeting took note of the various issues involved in the context of the evolving scenario arising out of the COVID-19 pandemic and also the related demand for creation of Autonomous District Councils for the newly created districts from other stakeholders. Previously, ATSUM had called a 24-hour shutdown call in the hill districts on Friday after a discussion of the union and the state government on March 11 failed to arrive at an understanding or reach a concrete decision over Autonomous District Council elections.

Now, the question on everyone’s lips is what failed the Chief Minister in stopping the 24 hour bandh before its commencement and what led to a change of heart among the ATSUM fraternity after an interlude of two days. Was it because the negotiating skills of the tribal Ministers that ATSUM relented on their ultimatum of immediate announcement ADC elections? If so, why were they not pressed into service earlier? A plus point for the government in the MOU is the inclusion of the issue of constitution of ADCs for the newly created districts. The demand from the people of newly created districts of Pherzwal, Kamjong, Noney and Tengnoupal not to conduct ADC elections for other hill districts before creation of ADCS for the new districts came as a spanner in the works. A Demand Committee was formed and had urged the state government to carry out a delimitation process for the new districts and that no ADC election be conducted before the delimitation process.

The committee also warns of taking up democratic course of agitation along with people of the hill districts concerned, if their demands are not fulfilled. The committee on January 21 had also filed a Public Interest Litigation (PIL) to the High Court of Manipur in view of the state’s inaction to empower the new districts and against the delay in carrying out the delimitation process for the newly created districts. In 2016 December 8, Manipur become a 16-district state, after 7 new districts were formed by dividing the 9 existing ones during the then Okram Ibobi Singh regime. The newly-created districts are Tengnoupal bifurcated from Chandel district, Kamjong from Ukhrul, Pherzawl from Churachandpur, Noney from Tamenglong, Kangpokpi from Senapati and Jiribam from Imphal East districts.

Order out of the chaos

Thabal Chongba: Dance with a purpose

The term ‘War on drugs’