In another match, AKSA Kakching held on SRDC by 2-2 goals to share a point each. 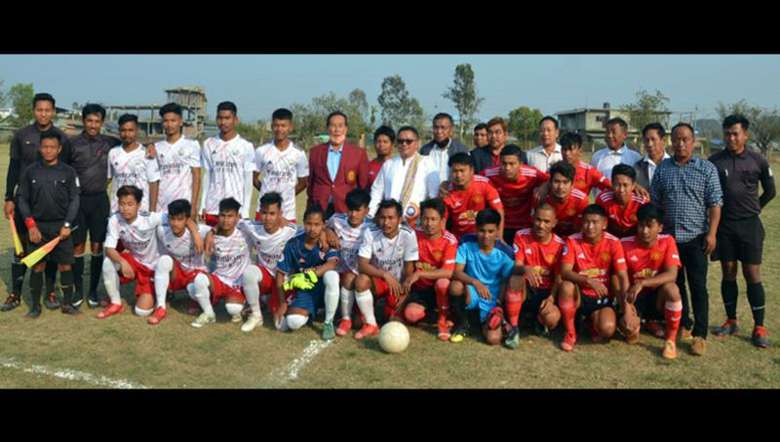 It was a close call game as both teams sweated it out but Juvenile Association brought cheers to its fans when Brajakumar Singh netted home the opening goal in the 27 minute for the lead. Later making further advances, Juvenile Association consolidated in the 35 minute with Ethoiba driving home with the second goal to make a leap.

However, not to be outshined by its opponent, SWC team fought back gallantly with M Dayananda fetching his first goal in the 37 minute to trial by 1-2 goals in first half.

The second half proved more fruitful for Juvenile Association with Reveto scoring when he banged home the third goal in 54 minute but SWC replied swiftly with Lanthoiba getting his team's second goal in the 68 minute. However, the Juvenile Association in the latter stages held fort for their defence for the victory on Sunday. JA Kakching player Yumjao and SWC player Biken got a yellow card in the match.

In another match, AKSA Kakching held on SRDC by 2-2 goals to share a point each. For the AKSA team, Sushilkumar and Thoungamba scored a goal each while for SRDC, Malreng fetched the equalising goals.  AKSA player Chinglemba and SRDC player Borish got a yellow card in the match.