The river day celebration is marked by calls for the free flow of all rivers, to abandon dam buildings, and stop unsustainable practices affecting the health and life of rivers. 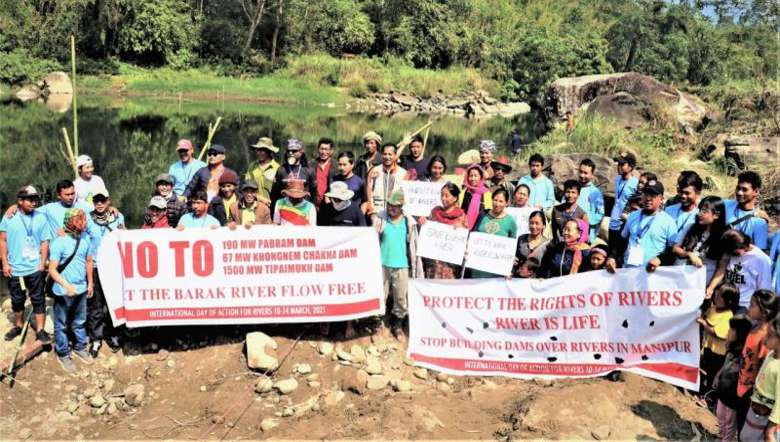 Centre for Research and Advocacy, Manipur (CRAM) and JAC against Pabram Dam as a part of the weeklong celebration of the International Day of Action for Rivers 2021, visited several villages in the catchment areas of Barak River and Irang River in Tamei, Tamenglong district.

The observation was held from March 12 to 14 to mark the International River day celebration. A community meeting along the Barak River in Nheng (Langpram) village was held on March 11 and community awareness at several villages in the catchment areas of the two rivers in Tamei areas of Tamenglong district was also organised.

During the community meeting held along the Barak river at Nheng village, representatives of JAC against Pabram Dam Enoch Newmai shared that the Barak river has been targeted for the construction of large dams. He said that the proposed 190MW Pabram Hydroelectric Project and 67MW Khongnem Chaka dam over the Barak river will entail widespread submergence of forest and agricultural land in villages like Luangdi Pabram, Nheng, Khunphung, Piulong, Dikiuram etc. in Tamei areas. It will entail livelihood loss, destroy the fish species of Barak river and cause climate variation in Tamenglong areas. 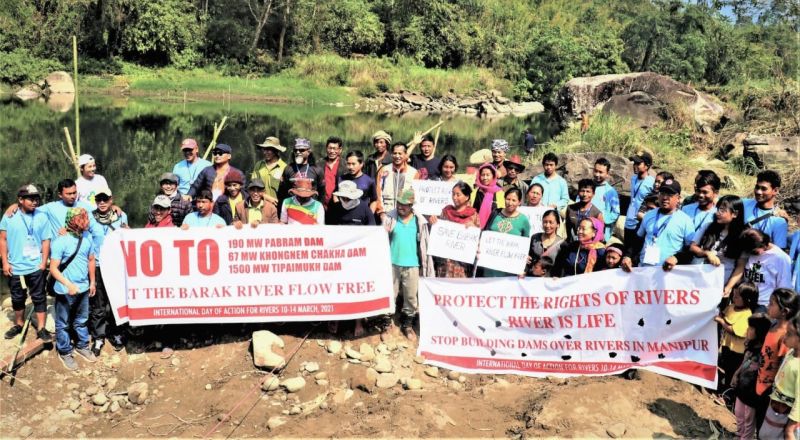 Removal of boulders and sands using machines and destruction of forest in catchment areas of major rivers had already affected the free flow and the health of rivers of Manipur, he said. The community meeting at Nheng called for allowing free flow of the Barak River and to stop the building of 190MW Pabram dam, 67 MW Khongnem Chaka dam, 1500 Tipaimukh dam etc over the river, he added. The visits for spreading community awareness at several villages found widespread logging of forest areas in the catchment areas of Irang river and Barak river in Tamenglong areas. 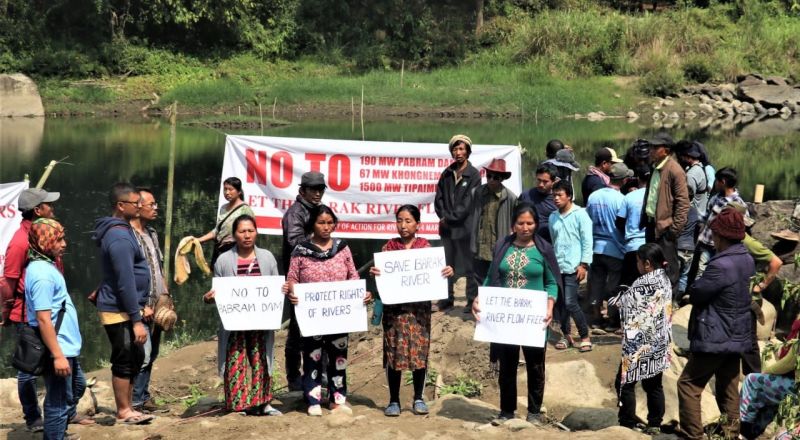 The river day celebration is marked by calls for the free flow of all rivers, to abandon dam buildings, and stop unsustainable practices affecting the health and life of rivers and further to protect the forest in catchment areas of rivers and uphold indigenous people’s intrinsic relationship with rivers, land, and forest in Manipur.

A statement issued by CRAM stated that the international rivers day has been organised considering the increased threats to the free flow and health of the rivers in Manipur, due to large dam construction, removal of boulders and sands using heavy machinery, destruction of forest in catchment areas of rivers, increased pollution of rivers, and other unsustainable practices like using explosives, chemicals, and batteries for fishing, etc.