Some of the drug rehabilitation centres are continuing their services merely for the sake of getting their own benefits, Sagolshem Herojit said. 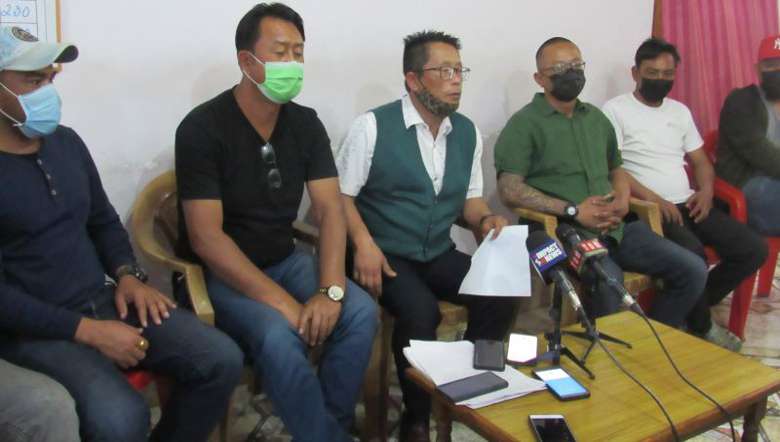 Spokesperson of the three bodies, Sagolshem Herojit said, ‘Manipur State Policy on Substance Use, 2019’ was published in the official gazette. If the social welfare department takes necessary steps under the said state gazette notification, then the harassments meted out against drugs users by some of the drug rehabilitation centres can be prevented, he said.

He was speaking in a press conference held at the office of CoNE located near Keishamthong Hodam Leirak along Tiddim road, Imphal West.

He alleged that one of the drug rehabilitation centres named ‘Reintegration’ located at Thambalkhong, Imphal East tried to intercept some drug users in order to get some benefits. He said that one of the staffs of the centre namely Nahakpam Lokendro along with three inmates were found while trying to round up some drug users in order to enroll them into their rehabilitation centre on Friday.

The four persons were detained by the volunteers of the three bodies and set free after examination and verification, he added.