The programme was held under the Nasha Mukt Bharat Campaign with a view to raise awareness among the youths particularly among students and teachers in Thoubal district. 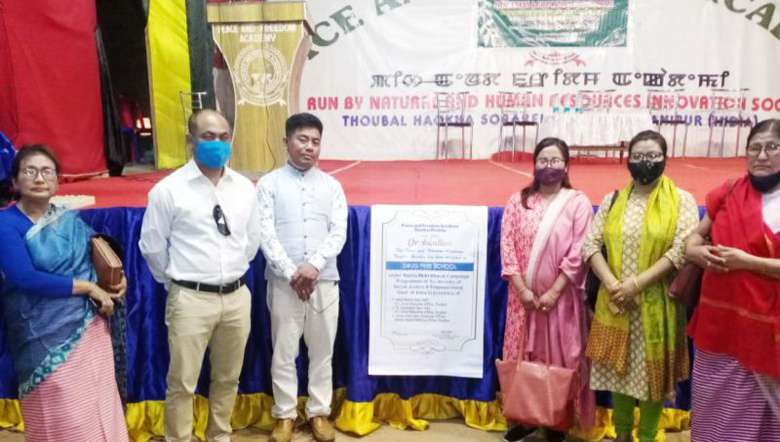 The district social welfare office, Thoubal in association with The Zonal Education Office Thoubal organised an awareness and education programme on Prevention of Substance Abuse and Alcoholism  at The Eastern Star English School, Khangabok, The Heirok High School, Heirok and  Peace and Freedom Academy, Thoubal Haokha on Saturday.

It was held under the Nasha Mukt Bharat Campaign with a view to raise awareness among the youths particularly among students and teachers in Thoubal district.

The programme at The Eastern Star English School, Khangabok district was attended by social welfare officer, Thoubal Arambam, Kameshwar Singh, DI, Md Manjur Ahamad and principal, Khundrakpam Mangijao Singh as resource persons. They focused on a wide range of approaches on how to fight collectively in the reduction of demand and supply of drugs.

The resource persons encouraged the students and teachers to be role models in the prevention of drug abuse while also maintaining that capacity to control the inner self is the only way to overcome the problem of drug abuse in the Society.

The speakers pointed out that youths being the soul and heart of the family as well as being pillars of the society, they should know more about their role against the fight for drugs. They further explained the harmful effects of consuming Drugs and Alcohol to the health, family and society especially children. The decision of not to take drugs should come from within, it cannot be enforced.

The speakers focused on the primary prevention of Drugs and Alcohol Abuses adolescents are more vulnerable to the problem of drug abuse in the society. Further explaining the ill effects of drugs and its physical, economical, psychological and sociological loss, they also emphasised the importance of treatment of drug addicts in hospitals and IRCAs. The speakers also appealed the attendees to refer drug addicts to such centres for treatment and rehabilitation.

The programmes ended with a declaration of Drug Free Schools.