Chief advisor of AAMYA Kshetrimayum Kundal Singha said that being an indigenous minority group in Assam, Manipuris frequently face discrimination and rights violation in their own state. 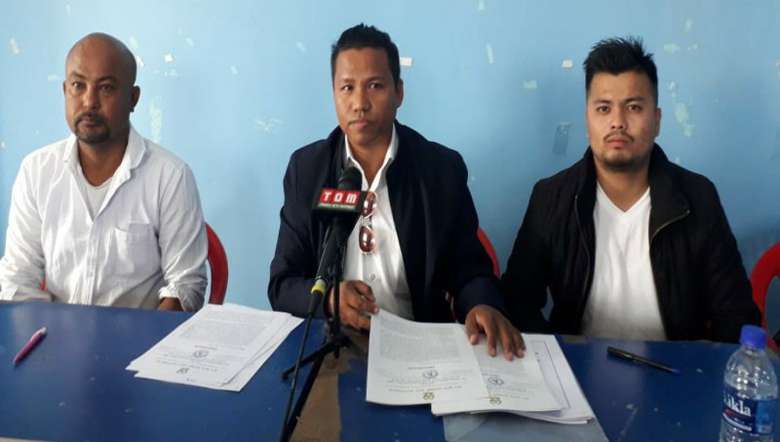 All Assam Manipuri Youths’ Association (AAMYA), showing serious concern on the degrading ethic identity of Manipuri diaspora in Assam, on Friday demanded the authority concerned to form an autonomous council for Manipuris in Assam.

Speaking to the media during a press conference held at Manipuri Press Club on Friday, chief advisor of AAMYA Kshetrimayum Kundal Singha said that various sections of Manipuris in Assam have been urging the Assam government to give political autonomy for them. In this regard, various agitations are being launched since 1969 and leaders of the Assam state were recently met; however, they did not pay any heed till date, he added.

He further said that being an indigenous minority group in Assam, Manipuris frequently face discrimination and rights violation in their own state. Besides, their ethnic identities like language, culture, tradition etc. have been degrading each day as they are unable to maintain them effectively.

“Most Manipuris in Assam are literate but majority of them are economically backward. Hence, we have to depend on the government for anything. Due to lack of support, but no support is given even to protect our own indigenous identity.
This has resulted in loss of our own identity,” he lamented.

He recalled that most of the Manipuris in Assam are settled in Barak and Brahmaputra of Assam. Historically, Barak was once a part of Manipur during the monarchical period but unfortunately, after Manipur was annexed in India, Barak became a part of Assam, he said.
Analyzing the historical background of Manipuris in Assam, the demand made by Manipuris in Assam is appropriate, he stressed. Therefore, they have been making the demand since many years ago so that the fate of six lakh Manipuris may not be at stake, he added.

He appealed to authority concerned to fulfill their long outstanding demand of formation of an autonomous council of Manipuris in Assam.