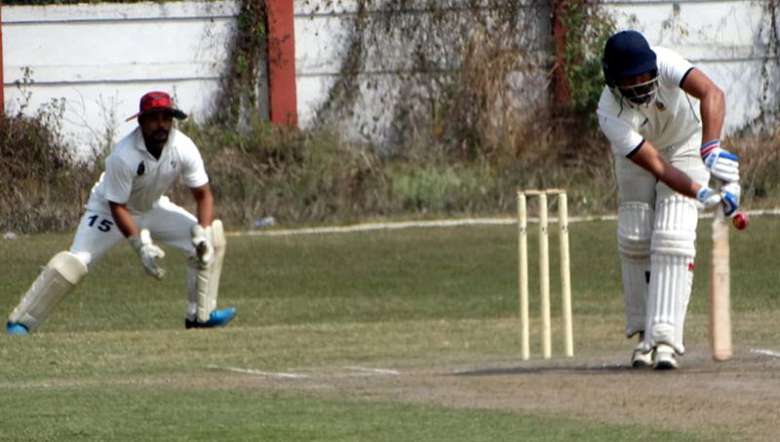 Winning the toss, the wicketkeeper batsman Narsing Yadav hammered 112 runs from 128 deliveries along with L Kishan who got 22 runs, to put up a decent total of 219 runs for 9 wickets from 40 overs. Skipper Homendro along with other batsman contributed 24 runs.

The Force CC bowler despite getting the stick, still managed to put a brave front with Qrshid Alam claiming 3 wickets while Abdul Kasim, Khushru Pravez, Islauddin and Tamim fetched a wicket each.

Chasing the target, Force CC Khetrigao find themselves in deep trouble as none of the batsman could settle down, felling cheaply at each interval. Samir was the lone batsman who withstood the pace attack, hitting 52 runs from 53 ball while skipper Saddam got 17 runs. Force CC finally bowed out at 143 runs for 10 wickets from 30.4 overs.

Cyclone CC bowler Kishan bagged 3 wickets while Bikash, Akshaykumar claimed 2 wickets each, Homendro and Roshan chip in with 1 wicket.  Cyclone CC batsman Narsing Yadav was declared the Man of the Match for his match winning 112 runs.

In Thursday’s match, PTRC Patsoi will take on Champ Khagempalli.