The education minister said that even though ancestors of the state were illiterate, they were much more advanced and possessed scientific knowledge. 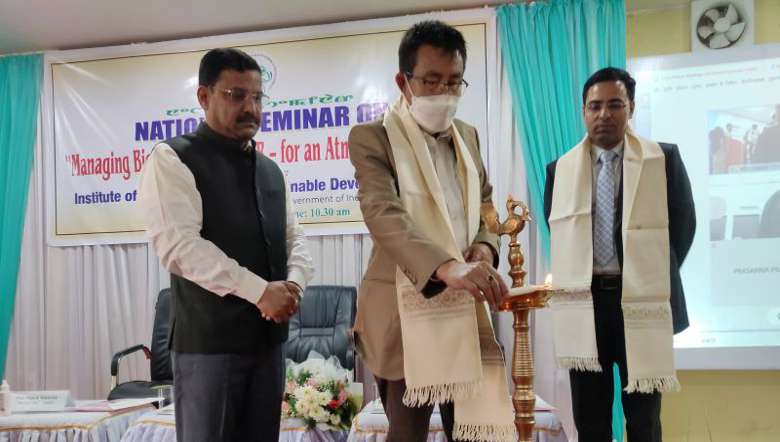 Manipur Education Minister Sorokhaibam Rajen Singh on Wednesday encouraged the scientists, researchers for giving their services in developing science and technology, and appealed to them to utilise their knowledge in extracting the benefits of herbal plants found in the state by producing them as medicinal products.

He was speaking at the national seminar on ‘Managing Bio Resources of NER-for an Atmanirbhar Bharat’ by Institute of Bio Resources and Sustainable Development (IBSD) at its institute, Takyelpat on Wednesday.

Attending the function as chief guest, Rajen said that Manipur is laden with abundant natural resources and it is blessed with a pleasant climatic condition. The state has been aptly named as ‘land of jewels’ in the country, he remarked.

The education minister said that even though ancestors of the state were illiterate, they were much more advanced and possessed scientific knowledge. At one time, most of the ailments were treated by traditional practices with the help of medicinal plants which they know, he said.