MAHUD Minister Okram Henry instructed mayor of Imphal Municipal Corporation L Lokeshwar to issue an order immediately for competition among the 27 urban local bodies (UBL) of Manipur in order to create a clean and healthy environment. 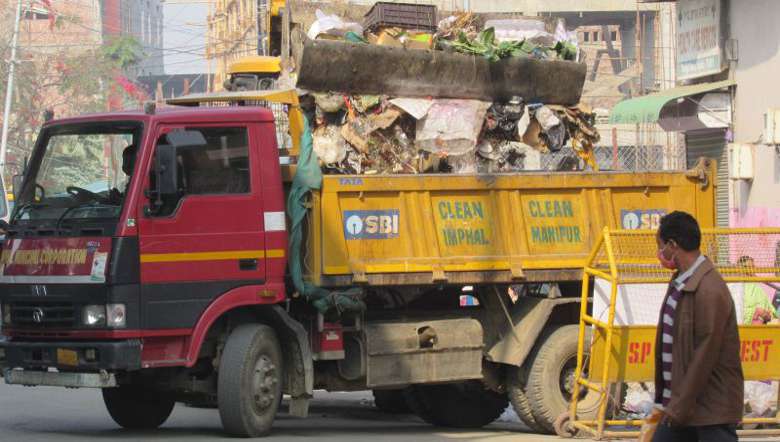 Besides government’s initiatives, a cleanliness drive competition among the 27 urban local bodies under the Municipal council needs to be organised with cooperation from the public to make the municipal areas clean, MAHUD Minister Okram Henry said on Wednesday.

He was speaking as chief guest during flagging off ceremony of ‘Cleanliness drive – ban on single use plastics’ that was held at Shamu Makhong, Khwairamband bazar.

The function was jointly organised by district administration, Imphal West; directorate of environment and climate change, Porompat and Manipur Pollution Control Board, Lamphelpat, Imphal in connection with Imphal Municipal Corporation.

Henry said the cleanliness drive will continue in the entire municipal areas of Manipur, starting from Wednesday for the next seven consecutive days. He said the people already know the adverse impacts of using single-use plastics to the environment but the cleanliness drive will give more awareness to the people on how much they affect the environment.

The people had been complaining through the media regarding untimely collection of wastes in most of the municipal areas. The officials of different municipal corporations are also doing their best to make the municipal area clean, but initiatives from the public are needed to make them clean, he added.

Henry instructed mayor of Imphal Municipal Corporation, L Lokeshwar to issue an order immediately for competition among the 27 urban local bodies (UBL) of Manipur in order to create a clean and healthy environment.

Deputy commissioner Naorem Praveen Singh who took part as president of the function said similar cleanliness drives will also be organised in rural areas in connection with their respective panchayat bodies. With the irregular disposal of solid waste and rampant use of single-use plastics, the environment has been drastically affected, he said. The cleanliness drive will give awareness to the public for proper disposal and waste management, he added.

It is learned that the single-use plastics which are banned include carry bags, plastic sheets, wrapping plastic and multi-layered plastics below 50-micron thickness and those without marking and labeling as per rules.

Plastics or products used in storing, carrying, dispensing or packaging ready to eat or drink food stuff along with non-recyclable multi-layered plastics, sachets using plastic materials for storing, packaging or selling gutkha, pan masala, tobacco and others are also banned.

Single-use plastics such as disposable plastic plates, plastic cups, plastic containers, plastic cutlery, water pouches and packets, straw and other decorative made of styrofoam; PET and PETE bottles less than 1 litre capacity for holding drinking water are banned as well.

Plastics items that are allowed for public use are compostable plastics irrespective of thickness; carry bags, plastic sheets, wrapping plastics and multi-layered plastics above 50-micron thickness with marking and labeling as per rules; carry bags made up of Jutes, papers and others; plastic items used in pharmaceuticals and medical equipments as well.