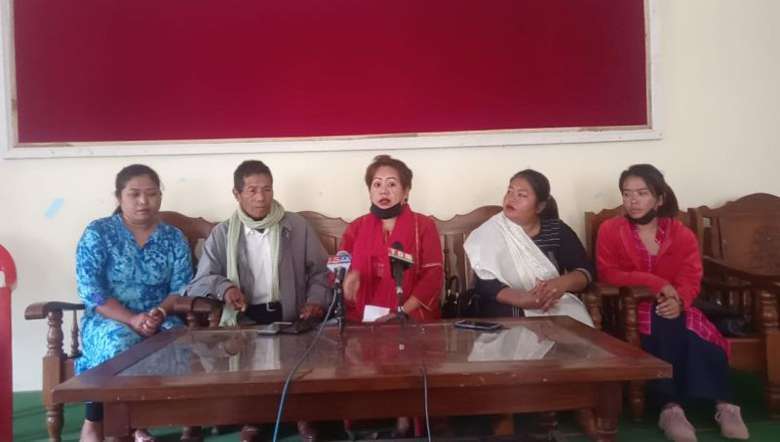 According to a statement issued by the father of the deceased, her husband Laiphrakpham Hemarjit of Keinou Thongthak Mongkhang Leikai, Bishnupur district informed him that her daughter was declared dead at RIMS after she was brought to the hospital following a suicide attempt on Sunday evening.

However, considering the bruise marks found on the body before her post-mortem, it can be clearly deduced that she was murdered, cousin of the deceased SR Khingam told the media at Manipur Press Club, Imphal.

“We cannot believe the tale of suicide concocted by her husband as he used to torture and harass her physically. Moreover, there has been an incident of stabbing her with a knife by her husband in last September,” he alleged.

Asserting that her family will not collect the body until the accused persons are booked, Khingam cautioned of taking up different forms of agitation until justice has been served.

Regarding the incident, a complaint has been lodged in the Bishnupur police station against the husband and in-laws of the deceased on Monday.

It is reported that Hemarjit was arrested by the Bishnupur police following the complaint lodged by the father of the deceased.

Following the formalities, the husband was produced before the chief judicial magistrate, Bishnupur and the court has remanded him to police custody till March 15 for further investigation into the case.