The third spot of the AMFA Cup was bagged by LYGSEDA Churchandpur beating LYCC Chandel by 6-2 goals. 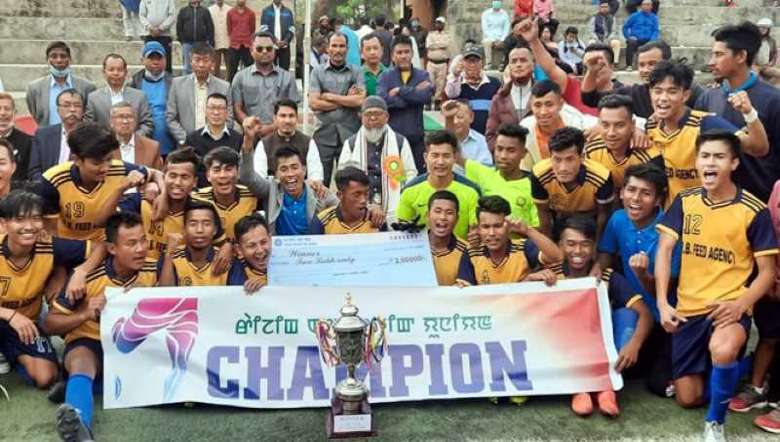 As expected, a huge number of fans started gathering quite early for the final match which is dubbed as clash of the titans between the two neighbouring clubs. However, NESU did not let down the aspiration of its fans and spirit of competition can be gauged from the fact that seven yellow cards were flashed by the referee, to maintain discipline and camaraderie among the players.

NESU Khurai made the strike on the onset of the whistle with Giftson Kamei ruffling the net out of the blue for the lead in the 3 minute of play, which also turned out to be the champion goal as no further goals could come about despite the hard toils by the teams.

Though the first half period was of wait and watch strike, the second half proved to all out attacks by the team for equalisers as well as consolidation of goal(s). Four RAU Lairikyengbam Leikai players, Jang Jawn Kuki, Ng Jiten Singh, M Lanchenba, P Dinesh and NESU Khurai players L Thoiba Singh, S Bikash, Th Itomba Singh got a yellow card from referee Suresh Singh.

However, the only solace for RAU Lairikyengbam Leikai is that they have qualified to take part in the 14th Manipur State League along with NESU Khurai from the season by virtue of finishing on top of league round.