A minor boy was killed in a firing incident at Kakwa that occurred on February 28, 2021. 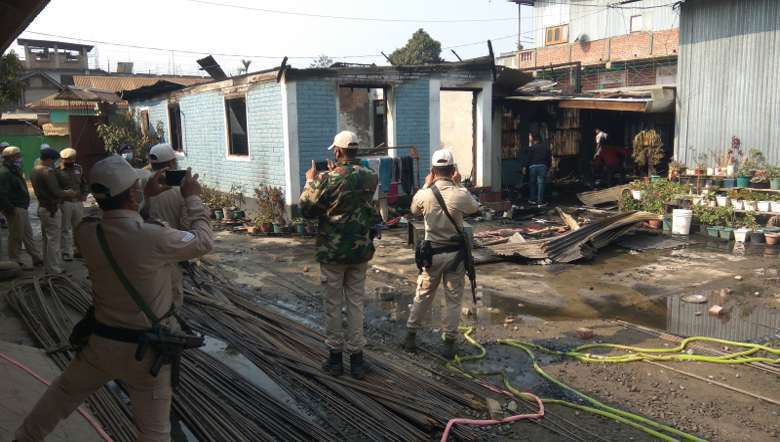 Chief Judicial Magistrate, Imphal West on Monday remanded six persons into judicial custody for 15 days in connection with the Kakwa firing incident that occurred on February 28, 2021 leading to the death of a minor boy and several others injured.

Police on Monday produced them before the court with a prayer for 15-day judicial custody. The police submitted that from the investigation conducted so far, prima facie evidence has been well established against the accused persons for conspiring, planning, and executing the death of the victim and causing injuries to others with common intention using firearms.

The Police further said that at the present stage of investigation, if the accused persons are released on bail, then there is a strong likelihood of tampering with the evidence and independent witnesses thereby hampering the smooth investigation of the case.

On February 28, a minor boy was killed while seven others, including three women, sustained injuries in a shooting incident at Kakwa Naorem Leikai Sofa Leirak in Imphal West District under Singjamei Police Station. The incident was a fallout of a land dispute.