International Women’s Day 2021: Women in Manipur play a significant role not only in economic development but also in social, political, religious, etc. However, despite their major contributions in the socio-economic and political life of the state, they are not given their due position in society. 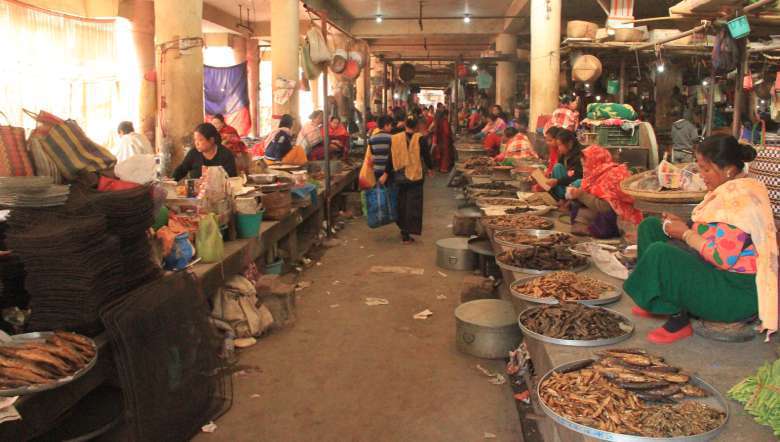 Yet another International Women’s Day to remind us women of the world want and deserve an equal future free from stigma, stereotypes and violence; a future that’s sustainable, peaceful, with equal rights and opportunities for all.

This year, the world is going to celebrate the day (March 8) with the theme “Women in leadership: Achieving an equal future in a COVID-19 world,” to acknowledge the tremendous efforts by women and girls around the world in shaping a more equal future and recovery from the COVID-19 pandemic and highlights the gaps that remain.

International Women’s Day is a day of celebration and reflection on progress made to promote and protect women’s equality and human rights. The Beijing Declaration and Platform of Action laid down a pathway for gender equality and women’s empowerment. The subject of empowerment of women has become an issue all over the world, including India since the last few decades. Many agencies of the United Nations in their reports have emphasized that gender issues are to be given utmost priority.

Inequalities between men and women and discrimination against women have been age-old issues all over the world. Thus, women’s quest for equality with man is a universal phenomenon.

Empowerment is the process that creates power in individuals over their own lives, society, and in their communities. People are empowered if they have access to opportunities without any limitations or restrictions such as in education, profession and in their way of life.

There are several principles defining women's empowerment such as, for one to be empowered, they must come from a position of disempowerment.

India is popular as a male chauvinistic nation even as women constitute half power of the country. In order to make this country a fully powerful country, women empowerment is very much necessary. It is empowering women to understand their rights to be independent in every area for their proper growth and development.

Empowerment is the capacity of women to increase their self-reliance and internal strength. Women empowerment is an essential tool to bring about changes in their socio-economic conditions. Keeping this in mind, the government of India has been taking up various initiatives to bring about changes in the social economic status with various women oriented schemes and projects.

Mahila E-haat is a direct online marketing platform launched by the Ministry of Women and Child Development to support women entrepreneurs, Self Help Groups (SHGs) and Non- Governmental Organisations (NGOs) to showcase products made and services rendered by them. This is a part of the 'Digital India' initiative.

One Stop Centre Scheme, popularly known as 'Sakhi, was launched on April 1, 2015, with the 'Nirbhaya' fund. The One Stop Centres are established at various locations in India for providing shelter, police desk, legal, medical and counselling services to victims of violence under one roof integrated with a 24-hour Helpline. The toll-free helpline number is 181.

Working Women Hostels: The objective of the scheme is to promote the availability of safe and conveniently located accommodation for working women, with day-care facilities for their children, wherever possible, in urban, semi-urban, or even rural areas where employment opportunities for women exist.

While, STEP is a scheme, aims to provide skills that give employability to women and to provide competencies and skills that enable women to become self-employed/entrepreneurs. A particular project will be for a duration of up to five years depending upon the nature, kind of activities and the number of beneficiaries to be undertaken.

Last but not the least is the SWAYAMSIDHA Project which the Central government is implementing under Integrated Women Empowerment Programme.

The objectives of the schemes is among others establishment of self reliant women’s self help group, creation of confidence and awareness among members of self help group regarding women’s status, health, nutrition, education, sanitation and hygiene, legal rights, economic upliftment and other economic and political issues.

Other objectives include strengthening institutionalizing the habits in rural women and their control over economic resources, improving access of women to micro credit, involvement of women in local level planning and convergence of services of department of women and child development and other departments.

In Manipur too, the state government through its social welfare department has been implementing these schemes and programmes empowering the women of the state along with other initiatives for the welfare and upliftment of women improving their economic status as economic independence is the key to actual empowerment of women.

Among others, enhancing income generation of women through handloom is one. Handloom industry plays a vital role in the economy of Manipur from the time immemorial. The traditional skill of handloom weaving is not only a status symbol for the women-folk but is also an indispensable aspect of socio-economic life.

From the employment point of view, it has occupied a position providing employment to a great number of people. It can provide employment both directly and indirectly. Being the largest cottage industry, it provides means of livelihood to persons in terms of lakh particularly in the villages; the state can focus on the handloom industry for empowering women.

Manipur women play a significant role not only in economic development but also in social, political, religious, etc. However, there is a mismatch between their role and status. Despite their major contributions in the socio-economic and political life of the state, they are not given their due position in society.

They not only involved greatly in the agricultural related activities, the Manipuri women are also artistic and creative. Their skills in the field of handlooms, handicrafts and dance are the proof.

At the same time, the handloom industry has a legacy of unrivalled craftsmanship, and is spread throughout the length and breadth of the state. It is a household cottage industry with decentralized set-up. In terms of employment generation, it is next only to agriculture for the womenfolk of the state.

It is said that the traditional skill of handloom weaving is not only a status symbol for the women-folk, but it is an indispensable aspect of socio-economic life in Manipur.

About 70 per cent of the total weavers are outside the co-operative fold and the remaining 30 per cent are under co-operative fold and a large number of weavers are self-earners.In 2011-12, the department of commerce and industries is envisaged to further broaden and intensify the development of the handloom industry and safeguard the health care of the weavers with impregnation of additional components of the existing programmes/projects while, at the same time, providing adequate funds for state share contribution required to be implemented in the Centrally sponsored schemes of the ministry of textiles.