Rally taken out in support of Assam Rifles ex-servicemen

The rally was organised under the theme 'We Connect - We Care', to connect with the veterans, strengthen the bond with them and acknowledge the contribution made by them to the nation through their combat service. 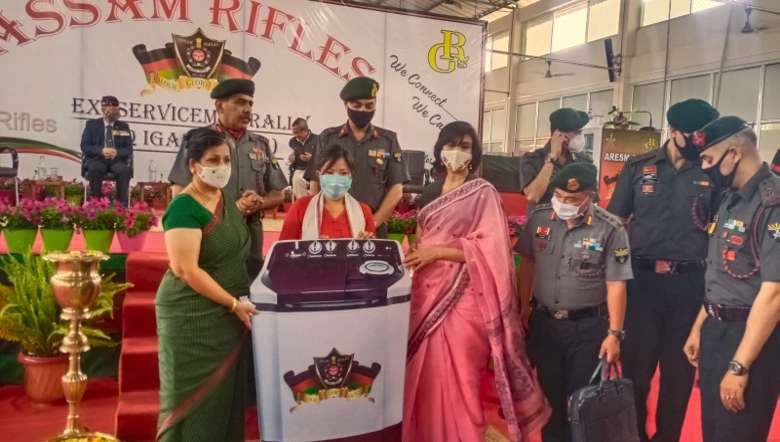 The rally was organised under the theme 'We Connect - We Care', to connect with the veterans, strengthen the bond with them and acknowledge the contribution made by them to the nation through their combat service.

During the rally, doctors from AR along with specialist doctors from various civil hospitals and the Health department provided consultation and free medicines to the veterans and their dependants including COVID precautionary items. A number of stalls were also set up during the rally to provide facilities including canteen stores department, banking facilities, Aadhar and Permanent Account Number (PAN) card registrations to the veterans and their dependents.

Moreover, an open Adalat was also conducted by the representatives of headquarter, director general Assam Rifles, Shillong to provide a platform for registration of grievances and their immediate redressal.

Delivering the chief guest speech, director general of Assam Rifle Sukhdeep Sangwan welcomed the gathering and encouraged all the stakeholders to render maximum support to the veterans who had dedicated the prime years of their lives to protect the nation.

He also highlighted the contribution of AR and various achievements of the oldest paramilitary force of India and the various new initiatives launched by the AR for the welfare of its veterans.

The director general further enlightened the veterans about various beneficiary schemes including the recruitment rallies, sports quota for recruitment in AR reservation in various educational institutes and hostels for their wards and dependents, and extension of Ex-servicemen Contributory Health Scheme (ECHS) to AR veterans.

Lauding the contribution of the veterans and the serving soldiers of Manipur, who have immensely contributed for the security and prosperity of India, he thanked the state government, civil officials and all the media persons for their cooperation for making the rally a grand success.