Late Elizabeth, daughter of former minister Francis Ngajokpa, was kidnapped infront of her school on November 4, 2003. 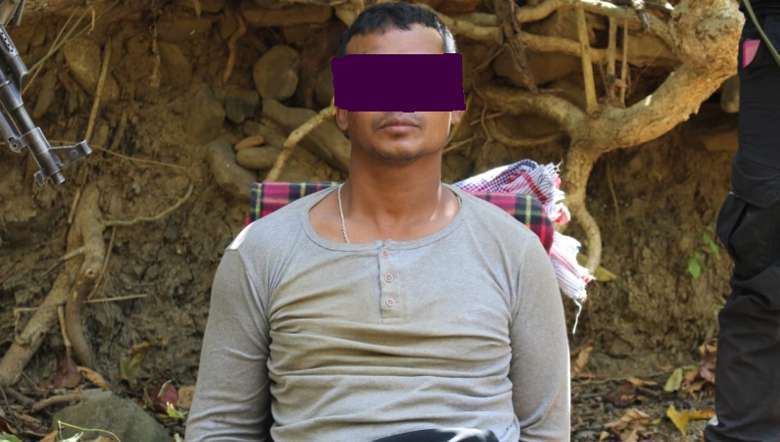 KCP Nando, the prime accused in the infamous rape and murder, late Lungnila Elizabeth, was awarded capital punishment by a militant group on March 2, said a reliable source.

Late Elizabeth, daughter of former minister Francis Ngajokpa, was kidnapped infront of her school (Little Flower) on November 4, 2003. Elizabeth was studying in class 3.

Eight days after being kidnapped, Elizabeth’s decomposed body was found inside a gunny bag not very far from her school despite being paid Rs 10 lakh. She was kidnapped for ransom of Rs 15 lakh.

On March 26, 2019, Nando was found missing from his bed around 6 am in the morning when one of the jail warders went to check on him.

Nando was hospitalised at the general ward of JNIMS Orthopaedic department since November 26, 2018, following a spinal injury. On February 8, 2019, he reportedly underwent surgery for the injury.

Nando was guarded round the clock by jail security personnel besides being cuffed to his bed all the time, a jail official said.

KCP Nando, is charged with several cases of extortion, kidnapping including the infamous rape and murder of Lungnila Elizabeth.

Later, the case was handed over to the CBI following which it was established that Nando mastermind the kidnapping of the minor girl. After four years of the incident, the CBI charge sheeted four persons including Nando. The judgement order of the infamous murder trial is due to be announced on March 30.

Despite having lodged in jail since 2003, Nando was found involved in multiple cases of murder, extortion among others.

Just prior to his escape, on March 10 last, police have seized 12 extortion letters including a press release, two mobile phones from Nando’s possession inside the hospital where he was lodged.