With inadequate teachers and no headmaster, students of high school in Ukhrul face bleak future

The Eastern Christian High School at Chingjaroi in Ukhrul district of Manipur has been running without a headmaster and adequate teaching staff for more than a decade. 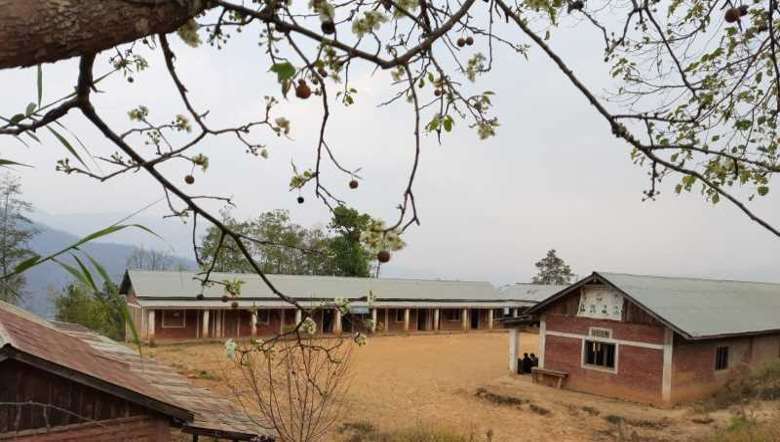 Without adequate teaching staff, the Eastern Christian High School (ECHS), which is one of the oldest government high schools in Ukhrul district of Manipur, and its economically disadvantaged students face a bleak future.

During an investigation carried out by the Imphal Free Press, it was found that ECHS at Chingjaroi village has been running without a headmaster and adequate teaching staff for more than a decade. The headmaster in-charge has been looking after the affairs of running the school.

It was found that only one arts graduate teacher was there for higher classes, while two primary and two matriculate teachers were employed for taking the lower classes.

Of the 20 assigned teaching staff, only five reported for duty while the rests are largely missing in action. Where have the rest gone is a question on the minds of many.

The youths of the village have been volunteering in coordination with a few staffs to ensure that the learning environment of the student is not left to fate.

The high school in question was established at Chingjaroi CV in North Ukhrul district in 1962 with the sole aim to provide quality education to the children of far flung villages. It was also found that ECHS had produced quite a number of distinguished personalities in various fields, and used to be the centre of education for many neighbouring villages.

Given its long standing reputation of providing a helping hand to the poor sections of the populace and its proximity with neighbouring northern villages, the Eastern Christian High School, by now, could have been upgraded to higher secondary school.

But let alone upgrading the status, ECHS is in existence in name only for want of adequate teachers - primary as well as graduate teachers.

It was found that rampant culture of substitutions and non-reporting for duty at the assigned village has been one of the major factors impacting this government high school.

There is no denying the fact that many poor sections of the people who could not afford to send their children to private schools found the Good Samaritan role in government schools while allowing them to utilise their little saved amount in meeting their basic needs. Unfortunately, this has become a question of the past only.

Given the imbalance the school has been facing for the last decade, it would be next to impossible to run such a school.

It appears as if the government had completely forgotten about the existence of ECHS though it used to be a centre of attraction, imparting not only quality education to the neighbouring areas but also producing men and women of high stature. However, all these solid reputations had become a thing of the glorious past.

If the government is in the real mission of imparting quality free education, then it needs to stop the culture of "substitutions." People with passion for teaching need to be selected while recruiting teachers.

Those teachers, who substituted their duty, need to be pulled up sans further delay. “Why did they become teachers in the first place if teaching is not their cup of tea?”

The Education department needs to act on this genuine matter with urgency because the type of future the children of today would have tomorrow depend largely on the type of education they are getting today.

Prompt intervention would surely save the high school and its students but only time will tell if the government is going to walk the talk.