The MNRFM said the Central government had sanctioned an amount of Rs 1,437,700,000 to the respective ADCs of the six hill districts of Manipur for 2017-18. 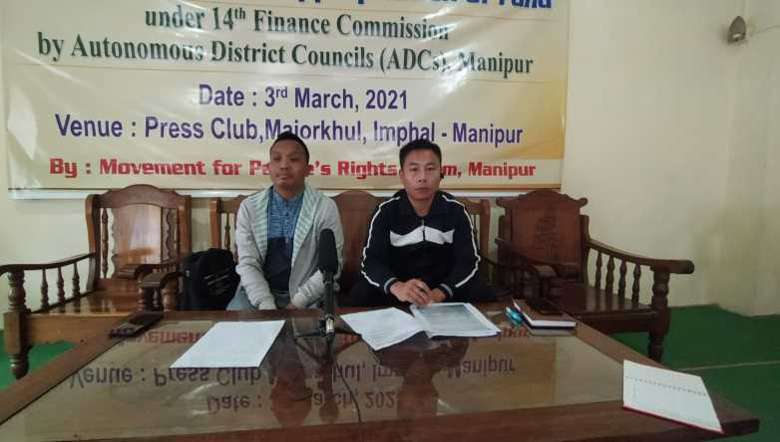 The Movement for People’s Rights Forum, Manipur (MNRFM) has alleged the Autonomous District Councils (ADCs) of six hill districts of Manipur of misappropriation and wrongfully utilising the Central government funds.

Under the 14th Finance Commission, the Central government had sanctioned an amount of Rs 1,437,700,000 to the respective ADCs of the six hill districts of Manipur for 2017-18, said convenor of MNRFM Gonmei Kuripou while speaking to the media on Wednesday at Manipur Press Club, Imphal.

The concerning public servants in connivance with the elected members of the respective ADCs awarded the developmental works to work agents having close ties with them, however actually executing the works never take place, he added.

Kuripou further alleged that the ADCs’ concerned officials have released the sanction amount to the concerned work agencies without even verifying the execution of works at the spots.

In order to produce the utilisation certificate of the works, the agents in connivance with the officials used the letter head of certain villages and signature of the village authority by tempting them, the convenor further said.

“Moreover the village authorities of respective hill districts have been concealed from or being kept in the dark of such schemes being implemented in their respective villages,” added Kuripou.

MNRFM appealed to the authority concerned to look into the matter and direct an independent agent like CBI or NIA to investigate into the misuses of the central government fund by ADCs.

Regarding the matter, memorandums will be submitted to the Prime Minister, Union Home Minister and the chief minister of Manipur seeking their interventions added the convenor.