An opportunity for removing AFSPA

IFP Editorial: Now that the Army and MHA are on the same page regarding the Manipur situation, what could be more opportune timing for the N Biren-led government to press for repeal of AFSPA in entirety from the state. 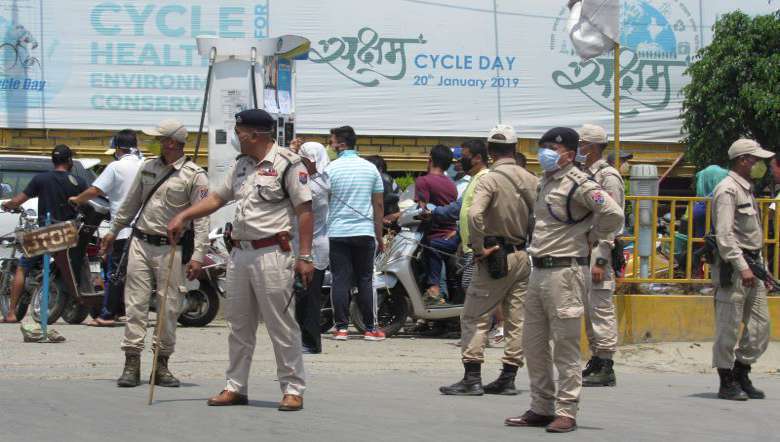 Not so long ago, the Army Chief General MM Naravane said that the Army is planning to gradually reduce the number of troops deployed for internal security duties in the Northeast. Addressing the media ahead of Army Day on 15 January, General Naravane said that while terror continues unabated in J&K, the security situation in the Northeast has improved manifold. As a result, the Army has already pulled out one of its brigades from the region and now plans to move out another one or two in the near future. He added that there is no violence in Mizoram, only one or two groups are involved in Manipur, and most of Assam is quiet. As always, the defence lobby has been at the forefront of opposing the withdrawal of AFSPA from areas where it is in force and states have always been reluctant to go against the lobby. But now, the Army chief is openly admitting that law and order situation has greatly improved in states including Manipur.

Now, it is the turn of the Ministry of Home Affairs. According to a ministry report, insurgency-related incidents in the Northeastern states dipped by 80 per cent and civilian deaths by 99 per cent last year compared to 2014, according to the Union home ministry data. The civilian deaths were in single digits (two) in 2020 for the first time since 1999. The deaths of security forces’ personnel also came down by 75 per cent.

The insurgency peaked in the region in 2000 when 1,923 incidents related to it were reported. The number came down to 162 in 2020 compared to 824 in 2014 when 212 deaths were reported. The highest number of civilian killings (907) in the region was also reported in 2000. In 1999, 208 security forces’ personnel lost their lives fighting insurgents in the region. Five deaths of security personnel were reported in 2020 compared to 20 in 2014. The highest (2,644) number of insurgents belonging to various outfits surrendered to security forces in 2020. Prior to this, the highest number of surrenders was in 2000 when 1,962 militants gave up arms. About 1,824 insurgents have surrendered from 2014 to 2019. The data suggest that insurgency has reduced drastically, particularly since 2015, a year after the National Democratic Alliance government came to power at the Centre. A ministry official said, because of the improvement in the security situation, the Armed Forces (Special Powers) Act, 1958, has been removed completely from Meghalaya and Tripura and its application has been reduced in Arunachal Pradesh. Overall, the security situation in Assam, Arunachal Pradesh, Manipur, Meghalaya, Mizoram, Nagaland, and Tripura has improved to a satisfactory level.

During the discussion on Motion of Thanks to the Governor’s Address in the recently concluded assembly session, Congress MLA K Ranjit questioned the resolve of the Chief Minister with regard to lifting of Armed Forces Special Powers Act from other parts of the state. After a prolonged movement in 2004 for repeal of the controversial Armed Forces Special Powers Act (AFSPA) in the wake of the brutal rape and murder of Manorama Devi the then O Ibobi-led Congress government had withdrawn it from seven assembly constituencies of Greater Imphal despite objections from the Centre. K Ranjit recalled the spirit of N Biren then in 2004 when he and some other Congress MLAs pushed for removal of the Act from parts of the state with the then Chief Minister O Ibobi. Now that he is at the helm of state affairs, does he still have the same spirit or resolve as he had in 2004? That was K Ranjit’s question. Conditions have changed greatly, then and now. Now that the Army and MHA are on the same page regarding the Manipur situation, what could be more opportune timing for the N Biren-led government to press for repeal of the Armed Forces Special Power Act in entirety from the state.