No more promises, an announcement

IFP Editorial: Numerous Central leaders had promised to uplift RIMS hospital to the level of AIIMS, many a times. But, somehow it has eluded the institute in spite of its various achievements towards providing health education and quality health care facilities to the region. 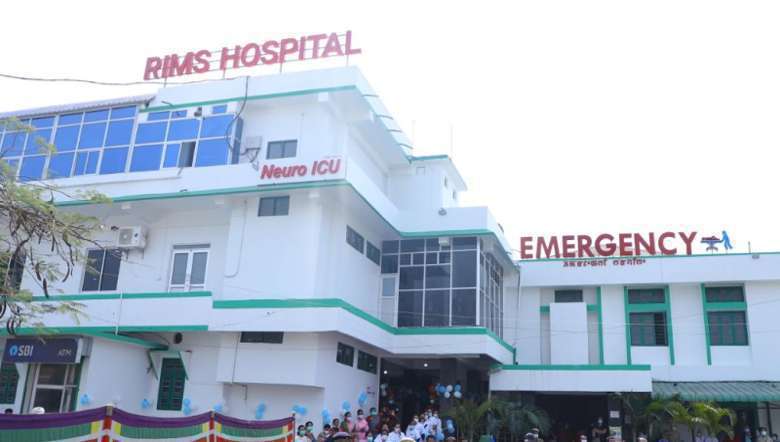 What we were expecting from Union Health Minister Dr Harsh Vardhan was not a promise, but an announcement. Numerous Central leaders had promised to uplift it to the level of AIIMS, many a times. But, somehow it has eluded the institute in spite of its various achievements towards providing health education and quality health care facilities to the region. The institute has come a long way since its establishment in May 1972, as a joint venture of the North Eastern States. On September 14, 1972, the name was changed to Regional Medical College, Imphal. The College was later renamed as North Eastern Regional Medical College under the management of North Eastern Regional Medical College Society. From August, 1976, it was run under the Ministry of Home, Government of India and was the only medical college run by the Ministry of Home. Nearly 19 years later, the College was again renamed as Regional Institute of Medical Sciences and its management was taken over by NEC, Ministry of DoNER from April 1, 1995. After exactly 12 years, on the historic day of April 1, 2007, the institute was transferred to the Ministry of Health &amp; Family Welfare.

During his recent visit in Imphal, the union minister had once again promised that the Central government will extend support in promoting proper healthcare system in the state and upgrading of RIMS to the level of AIIMS. The union minister was speaking at the inauguration of four facilities at the Regional Institute of Medical Sciences (RIMS), Manipur, organised at the Jubilee Hall of RIMS.

The inaugurated facilities were MRI Block with 3-TESLA MRI Machine, Ladies Hostel for PG, new Neuro ICU Block and new block for College of Nursing. Concerning the present status of COVID-19, he said that the condition of the pandemic is still highly serious in many developed countries.

However, its severity has been reduced in India and it is due to sincere effort given by COVID-19 warriors, he said. Nevertheless, the pandemic is becoming worse in some states of India due to people’s recklessness. He said that the Centre had already decided to create 75 new medical colleges in remote districts of the country where the people continue to suffer for years and are deprived of basic healthcare, education and all other facilities. As part of this initiative of Narendra Modi, Manipur will get a new Medical College at Churachandpur.

While assuring all possible assistance from his ministry to develop the RIMS as one of the best healthcare centres he declared RIMS as one of the premier institutes in Northeast India. The capability to open various new departments including sports medicine, which is hardly found in India, is a sign of constant development in the institute. On top of this, among the 500 plus medical institutes of India, RIMS is usually listed among top 30 best institutes, he said and appreciated the staff of the institute. He recalled that the then prime minister Atal Bihari Vajpayee was always concerned about the development of Northeast India. The former PM aimed to upgrade five medical institutions of India at the level of All India Institute of Medical Sciences (AIIMS) and RIMS was among the five. Now the question is, in spite of such a history and background what is holding back the ultimate announcement.