As a part of the event, a symposium for the students on the topic ‘What can I do to prevent Alcoholism and Substance Abuse’ was also held 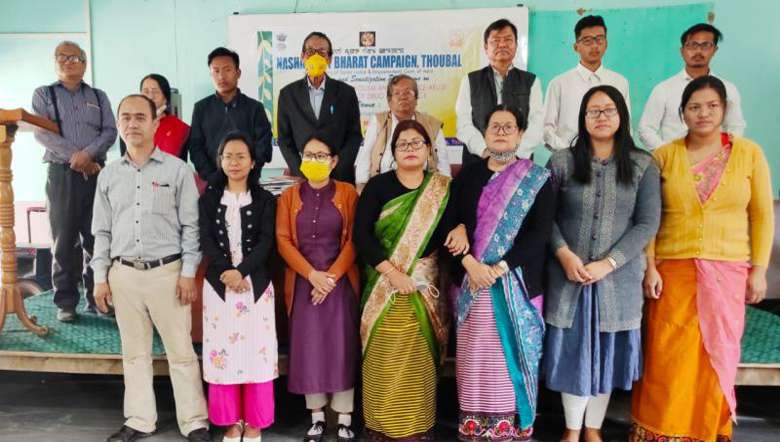 The District Social Welfare Office, Thoubal and Nasha Mukt Bharat Campaign Committee, Thoubal along with the NSS Unit I and II of Universal College, Yairipok organised an awareness and sensitisation programme on Prevention of Substance Abuse and Alcoholism at the multipurpose hall of Universal College on Monday.

Extension officer of District Social Welfare Office Thoubal, Seram Asha Devi, in her welcome and keynote address elaborately pointed out the objectives and activities taken up so far by the Nasha Mukt Bharat Campaign in Thoubal district. Students and youths in the school and colleges are the target population of the campaign, she added.

NMBCC member, Thoubal, Y Laksman Singh extensively discussed with the students of the college on prevention of drug abuse, ill effects of drug abuse and the ways of getting treatment in the hospitals and Integrated Rehabilitation Centre for Drug Addicts. He appealed to the students not to take drugs of any kind in life with the firm belief and decision of saying ‘NO to Drugs’.

As a part of the event, a symposium for the students on the topic ‘What can I do to prevent Alcoholism and Substance Abuse’ was also held in the college in which Rohit Chingtham, Shougrakpam Debajit and Sanahal Khangembam got first, second and third positions respectively.