With the win, Tujang Lhang Veteran earned a spot in the knockout round as Pool C winner. 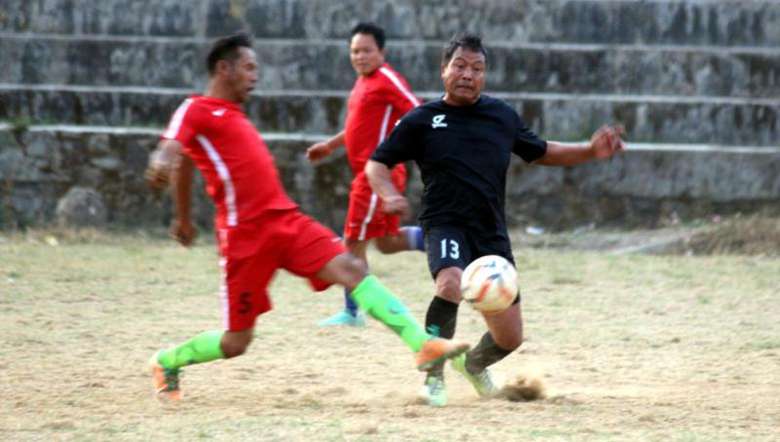 Kanggui Veteran lead the game 1-0 after James D Haokip found the opener in the 46th minutes but it was shortly equalized by Tujang Lhang Veteran with a brilliant strike of Hencha in the 48th minutes before he found the winning goal in the 88th minute, earning him the highest goal scorer till now with 7 goals.

Leikot Area Veteran had an easy lead in the 40th minute through Paolun till Douminthang of Motbung Veteran found the late equaliser when he converted a penalty kick in the 80th minute.