Vomboi Hangshing wrote several books including 'The Evangelist, an evangelical drama' (1963), 'Gamthip Gam, a sermon on the Israelite’s wilderness journey', among others. 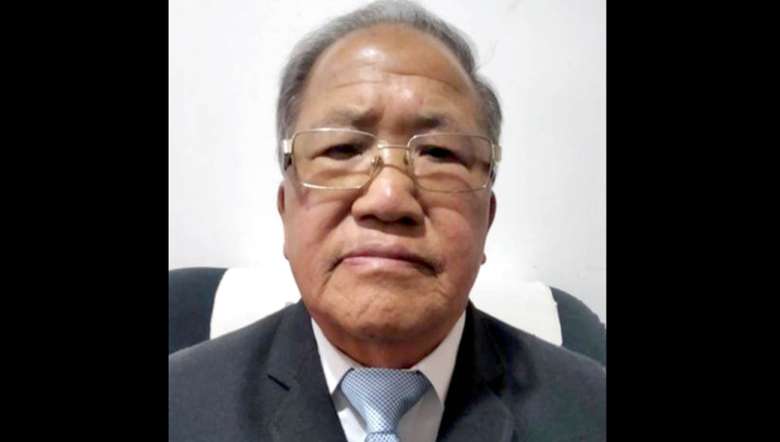 Hangshing was survived by his wife and two sons. His last rite was conducted the same day at K Phoipi village cemetery with honour and tribute in the presence of various civil voluntary organisations including the Kuki Inpi Manipur.

He had completed Class X at Ramlal Paul High School, Imphal in 1959 and completed higher secondary at DM College, Imphal and graduated at St Edmund’s College, Shillong in 1962. In 1965 he served as cooperative inspector and 1970 he got Nagaland Public Service Commission. He was then conferred IAS by the Government of India in 1992 and also served as secretary (Home) in the Government of Nagaland. He took voluntary retirement from service in 1995 and contested Manipur Legislative Assembly Election in 2010 after he returned back from Nagaland. He had also completed a Master in English at NEHU, Shillong after retirement from service.

He also served as deacon at Baptist Church, K Phoipi and was a member of Kuki Christian Leader’s Forum apart from founding member of the Thadou Students’ Association. He was also the advisor of K Phoipi village till he breathed his last.