Law in Motion: The General Diary or Station Diary or Roznamcha - Cross References

Policing work includes a host of activities on the administrative/PS management side as well as actual policing. All, virtually all, have to be referenced to the GD. 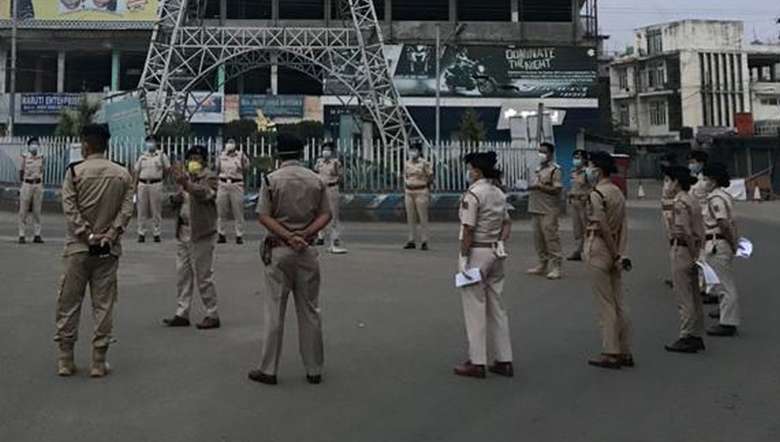 The Section 44 of Indian Police Act (1861), is the legal basis of the General Diary or Station Diary.

It shall be the duty of every officer in charge of a police-station to keep a general diary in such form shall, from time to time, be prescribed by the State Government and to record therein all complaints and charges preferred, the names of all persons arrested, the names of the complainants, the offences charged against them, the weapons or property that shall have been taken from their possession or otherwise, and the names of the witnesses who shall have been examined. The Magistrate of the district shall be at liberty to call for and inspect such diary.

We started with the basics and I have alluded to the GD as the ‘primer’ at the Police Station (PS). Almost all activities linked to the policing and law and order work have to have a GD reference – strictly speaking. I have introduced earlier, how the GD and GDEs can be useful to the public.

Policing work includes a host of activities on the administrative/PS management side as well as actual policing. All, virtually all, have to be referenced to the GD. Ideally, even if there are registers etc. at a PS, all entries have to have a GDE reference.

- time of reporting for duty or shifts,

- checking of PS furniture and premises,

- time of checking of drawal of arms and ammunition from the ammunition stores,

- time of checking and drawal of items from ‘malkhana’ (store-room) for either production before senior officers or courts or for investigation,

- allocation of work to the officers and staff at PS – including the conduct of inquiries, assignment of teams for beat-patrolling or traffic duties or even for VIP security duties etc,

- time of departure of teams or PS staff for various other tasks posting of pickets,

- arrival & departure of policemen sent for process service duties i.e. for service of judicial summons or warrants or who are sent to summon persons u/s 160 Cr. PC for purpose of investigation,

- receipt of summons- and warrants,

- checking of properties lying in Malkhana,

- reports regarding cash kept in malkhana or excess expenditure etc.,

- Information regarding checking of bad characters or about their activities for being used later to make entries in the History Sheets etc.

Once the officers or staff deployed for various duties/tasks have completed the same, they are supposed to return and report back to the PS. Upon arrival, their return is again to be recorded in the GD along with a brief of the work accomplished by them or report submitted.

On the policing side, the Police Act briefly elucidates/indicates what all has to be included in the GD/SD as mentioned above. However, since the state governments can prescribe the manner and form, the GD is usually elaborate. Thus, the GDEs mandatorily includes all of the following and many more:

- all complaints and charges preferred,

- names of all persons arrested,

- names of the complainants,

- offences charged against them,

However, in practice on most occasions, either too less is recorded or too much. Usually, too less.

For public consumption, a few things need to be clear.

The GD is maintained in the name of the Officer-in-Charge (O/C or SHO) of the PS (Section 2(o) of CrPC). In practice, usually, there is a person designated by name and rank as the O/C or SHO. However, it is not always he who functions as the O/C. Actually, the senior-most officer present at the PS premises, at any given point of time assumes the role of the O/C or SHO by default. The CrPC provides that any officer above the rank of a Constable can be the O/C or SHO.

"Section 2(o) "officer in charge of a PS" includes, when the officer in charge of the PS is absent from the station-house or unable from illness or other cause to perform his duties, the police officer present at the station-house who is next in rank to such officer and is above the rank of constable or, when, the State Government so directs, any other police officer so present;”

In states with more established policing mechanisms/institutions, when the name-designated O/C leaves the PS premises, a GDE is made to that effect and simultaneously, the charge is handed over to the next senior officer available in the PS premises who thus assumes charge as the O/C and if the second person goes, the next senior-most and so on. As and when the seniors return, they again assume charge as O/C. This mechanism is followed so that there is accountability fixed at the PS for any wrong doings or wrong decisions – acts of omission and commission - having been taken at the PS.

For public facilitation, it is no excuse for the PS staff to say that the name-rank designated official is not there and therefore the public grievance cannot be attended to. Whoever is present (above the rank of Constable), has to attend (because he is the O/C). This ensures responsibility, accountability and quickness of service.

Therefore, if any ordinary citizen goes to a PS, his complaint would normally be attended.

In Nagaland and in some states, there is a concept of a ‘Duty Officer’ at the PS. This Duty Officer could be for a 24 hour period. Therefore, in case the designated O/C or other seniors are not there, the Duty Officer can function as O/C and allocate work. We shall discuss this later.

Suggestions for My Police Colleagues and the Public-

“It shall be the duty of every officer in charge of a PS to ………… and to record therein ALL complaints and charges preferred….”.

A plain reading of the Section 44 mention “to record all complaints”. Therefore, there is no alternative available to the PS and the O/C but to record all complaints. It is a mandatory provision and there is “no discretion” available to the O/C or the officiating O/C on not to record a complaint which is brought to his notice either by a complainant (civilian or public) or by any police officer in the GD. A commensurate GDE would have to be made indicating the incident which is reported. Once this incident is reported and recorded as a GDE, if a complainant requests for a copy, a copy of the same would also have to be provided free of cost.

In practice, two situations may emerge (a) a written complaint and (b) a verbal/oral complaint.

In case of a verbal/oral complaints, the O/C or the staff have to listen to the complainant and then reduce the gist of the information into a report and make a GDE. This situation could arise if people have not brought a written complaint or are illiterate or are otherwise due to ill-health or circumstances not in a position to give a written complaint. Therefore, submission of a WRITTEN COMPLAINT is NOT a necessary requirement for a complainant.

It is these cases which are tricky as there would be a tendency not to record the complaints for a variety of reasons which may range from statistics to plain laziness to put in hard work. However, my police friends would realise that this is an opportunity to make friends – an opportunity to help people in distress. No one comes to police in a state of happiness.

To have a better police-public interface, public should try to report as many ‘improper acts’ as possible while the police should try to at least record as many of the complaints as possible and give copies of GDE to the public.

There is a tendency to keep complaints or reports in informal channels called ‘Complaint Registers’ or ‘Complaint files’. These are not a correct thing to do because as per law “all complaints’ have to be recorded in the GD. Senior police officers should also ensure that informal mechanisms are not encouraged.

In Nagaland where the reported incidence of Crime by way of complaints (GDEs) or even FIRs is extremely low as compared to other states, we need to encourage more and more, free and frank reporting of complaints by the public. Free reporting and recording has its own advantages - I will dwell upon in future.