‘Manipur needs to focus on preservation of Thang-Ta’ 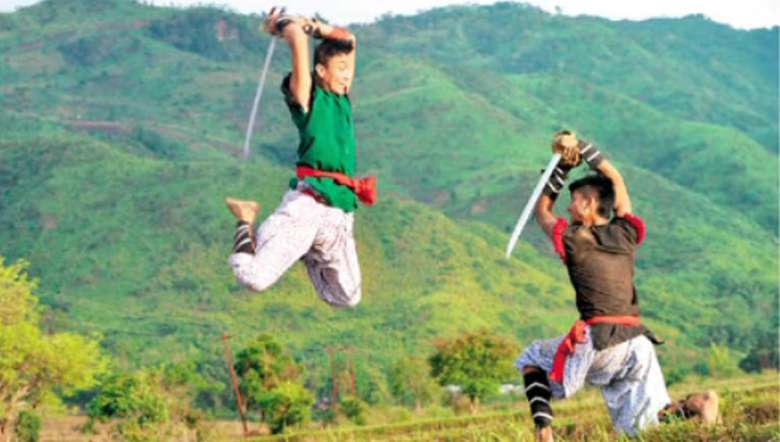 Manipur needs to focus on preservation and promotion of indigenous art form of the state ‘Thang-Ta’, said director of Huyen Lallong Manipur Thang-Ta Cultural Association (HLMTCA), K Sanathoi Sharma during a demonstration ceremony of ‘Leiteng Khousha’ on Saturday at the auditorium of HLMTCA.

Sanathoi, who is also a Sangeet Natak Akademi Awardee, said that Thang-Ta is one of the indigenous performing martial arts of the state. However, the art form is dying and the state needs special attention to retain the originality of the art form. He further said that the art form plays an important role in representing the cultural identity of the state and the present generation should be concerned about maintaining and preserving the art which was gifted by the ancestors.

Apart from just promoting culture and tradition of the state, imparting the knowledge of Thang-Ta would also help bring a healthy society, he added while drawing the attention from various sections of the society to give due importance in maintaining the originality of the art form.

During the function, Leiteng Khousha, which is one of the steps of Thang-Ta, was demonstrated by the students of the association.

The programme was attended by founder principal of DSAC, Irilbung, H Amujao Sharma as chief guest.

Making a difference to help children grow amid the pandemic