To support the education of the two minors of the affected family in the fire mishap, the team also met with the ZEO of Thoubal regarding school fee exemption. 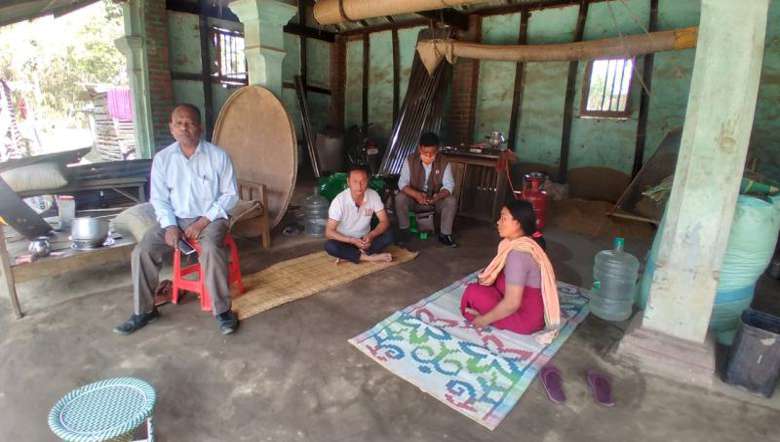 A team of the Manipur State Commission for Child Rights (MCPCR) along with the Child Welfare Committee Thoubal, on Sunday, visited the house which was gutted last Wednesday at Charangpat Mayai Leikai wherein a widow and her two children lived.

The team included MCPCR members, Kh Jitendra and L Megharaj Sharma along with chairperson of CWC Thoubal, Langpoklakpam Romen Meitei. To support the education of the two minors of the affected family in the fire mishap, the team also met with the ZEO of Thoubal regarding school fee exemption. They also discussed with the family members for arrangement of a temporary shelter until a new house is constructed.

The team further planned to include the two minors in the flagship sponsorship scheme of the Social Welfare department.
It was resolved that CWC Thoubal and District Child Protection Unit (DCPU) will strictly monitor the minors of the fire mishap affected family for their need and protection.

It may be mentioned that the tragic fire accident happened last Wednesday at around 6 pm and is suspected to have been caused due to LPG cylinder leakage when a candle was lit after power cut in the area. The house belonged to a widow, Konsam (o) Radharani, wife of (Late) Konsam Jane of Charangpat Mayai Leikai under Thoubal district.