The deceased has been identified as one RK Casper, 16, son of late Dhanasana of Kakwa Huidrom Leikai, and was residing at Kakwa Naorem Leikai, Imphal West. 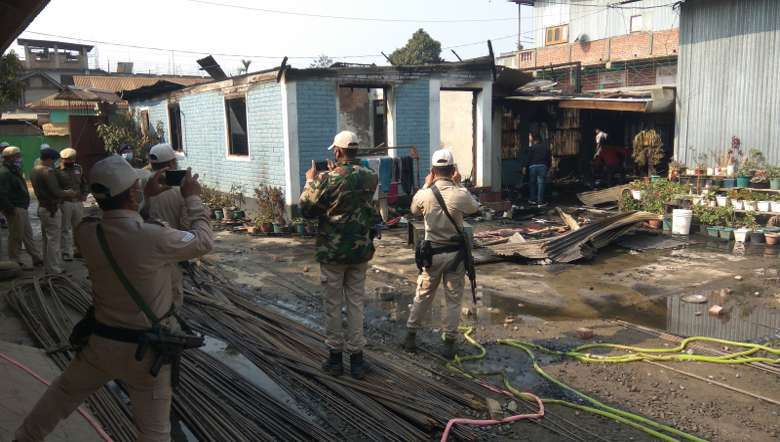 A minor boy died of bullet injury during a clash between two families during which eight persons, including two women, were also left injured on Saturday. Two accused persons have been arrested while another two are still at large, police sources said.

The deceased has been identified as one RK Casper, 16, son of late Dhanasana of Kakwa Huidrom Leikai, and was residing at Kakwa Naorem Leikai, Imphal West.

One Longjam Pikto Singh, 70, and his son Longjam Mocha, 34, have been arrested. Pikto’s other two sons namely Longjam Apu, 40, and Longjam Naocha are also alleged to be involved in the incident. Both are yet to be arrested.

Speaking to the media, a family member of the victim, Naorem Sanajaoba, 32, of Kakwa Naorem Leikai Sofa Leirak, Imphal West said that his brother-in-law, Naorem Ramesh, 30, and Apu had an altercation over some issues on Thursday.

On the same day, an FIR was lodged at Singjamei police station against the four accused by his wife Rajkeina Naorem. He said an agreement that no further confrontation or quarrel will take place was signed between the two families.

After the complaint was lodged at the police station concerned, security was provided at the residence of Pikto instead of giving any security to his house, he added.

At about 10 pm on Saturday night, some miscreants pelted stones towards his residence, he said. After finding out that it was the four accused persons pelting stones, his family also retaliated with stones, Sanajaoba said. During the clash, some of the accused persons opened fire and shot several rounds towards them, he said. Casper died due to bullet injury at the spot while one Hemabati of the same family received bullet injuries on her legs, he added.

He said Pikto's house caught fire during the incident. They alleged that their house was set on fire by Sanajaoba’s family members, he added.

“Pikto’s house was secured by police personnel and my main gate was also locked from inside. So, how could our family torch their house,” Sanajaoba added.

On Sunday evening, the remaining areas of the house were burned down by locals.