FEGOTA says it rejects the “incomplete order” as it contradicts the cabinet decision of August 6 last. 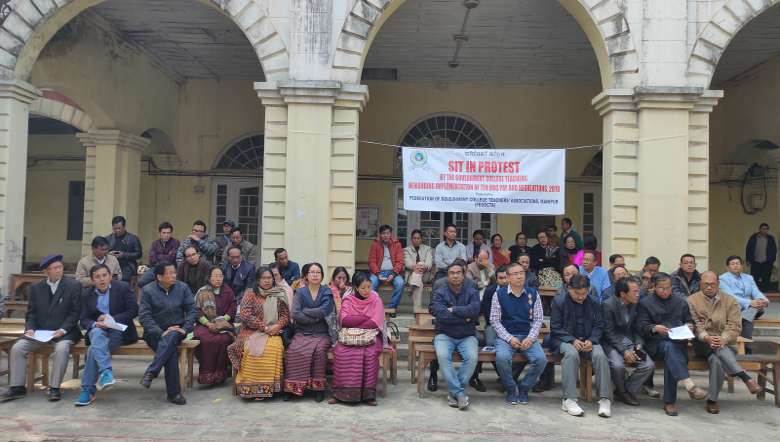 FEGOCTA on Thursday announced that it does not welcome the order issued by the Higher Education department regarding the fixation and modalities of payment for the government college teachers.

The federation will stick to its cease work agitation until and unless the state government passes an order of implementing the UGC 7th Pay and Regulation, 2018 in the state, a release issued by general secretary of FEGOCTA N Somorendro stated.

It stated that FEGOCTA welcomes the seriousness shown by the state government regarding the matter as it has issued the order dated February 25; however, FEGOTA rejects the “incomplete order” as it contradicts the cabinet decision of August 6 last.

The order did not mention about the adoption of UGC Regulations, 2018 and neither mentioned anything about UGC 7th Pay on the lines of ROP, 2019 including the effective date, nationally from January 1, 2016, payment of arrear from April 1, 2019 and cash payment from April 1, 2020, the release stated.

It added that the decision to continue the cease work agitation was taken at the emergency executive committee meeting of FEGOCTA held on Thursday at Manipur College, Imphal.