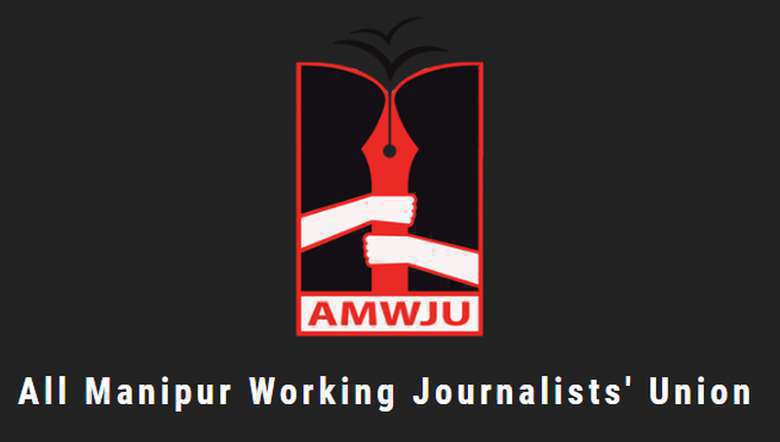 The All Manipur Working Journalists’ Union (AMWJU) and Editors’ Guild Manipur (EGM) on Thursday strongly condemned the act of carrying out a bomb attack at the office gate of Poknapham and further dictating the local daily to stop publication for six months.

An emergency meeting of AMWJU and Editors’ Guild Manipur (EGM) was held at Manipur Press Club, Imphal in this regard, a release issued by AMWJU joint secretary Longjam Arishrona stated.

Concerning the difficulties the Poknpham daily is facing at the moment, the meeting has resolved that media persons of both electronic and print media shall cease work and hold protests from Friday, it stated.

AMWJU and EGM came to find out that a prohibition has been imposed upon the daily newspaper Poknapham from making any publications for six months, it stated.

An appeal was issued to the general public to inform and consult AMWJU and EGM prior to taking any action on their own, if there are any allegations or grievances against a journalist or a media house, the release stated. AMWJU and EGM reaffirmed this resolution in the meeting on Thursday, it added.

Those raising allegations against Poknapham, are hereby informed to raise their grievances in detail to AMWJU through its office email within 48 hours starting 6 am of Friday, the release stated.

If no emails are forwarded concerning the allegations raised against Poknapham within 48 hours, then those allegations will be considered as baseless, it added.

It was resolved that civil voluntary organisations of the state will be urged to extend their support concerning the challenges being faced by Poknapham and the Manipur media in general, the release stated.

It has been more than 10 days AMWJU and EGM had appealed to the state government to arrest the culprit involved in hurling a bomb into the gate of Poknapham but no arrests has been made so far, and this was truly unfortunate, it added.

Meanwhile, the deputy' commissioner of Imphal East district stated in an appeal that the grievances of the AMWJU and EGM cannot be ignored and the media houses need total security and freedom to express. In view of it, the government has been taking up every possible effort to ensure smooth functioning of press and safety and welfare of the employees of the press in the state. Also, the matter of the unfortunate incident that took place at Poknapham has been viewed very seriously by the government and efforts are going on to come down heavily on those who attack the media, it stated

In view of the importance of media in the society, an earnest appeal is being made to the All Manipur Working Journalist Union (AMWJU), Editors Guild of Manipur (EGM) and the media houses in Imphal East District not to resort to news blackout and shutdown of services in the interest of the general public, added the appeal signed by Khumanthem Diana Devi, Deputy Commissioner, Imphal East District.