Although no violent incident happened, the sudden tensions had caused inconveniences to the lives of the people as shops and vehicles remained closed. 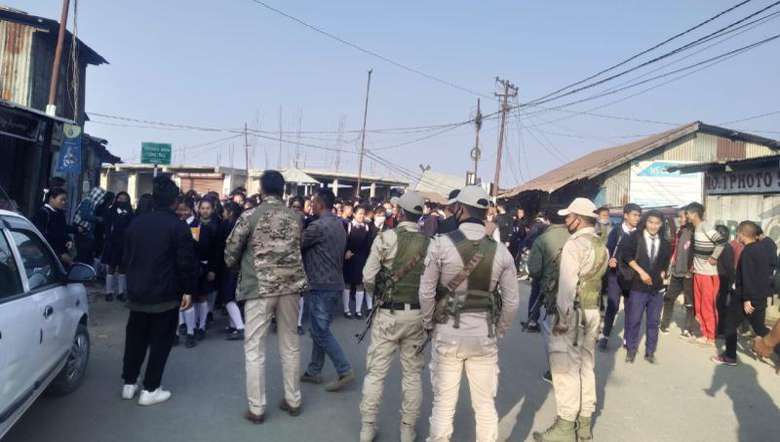 Tensions erupted in Ukhul town on Wednesday as the Tangkhul Naga Long (TNL) tried to build boundary pillars and posts at a disputed site which according to Hunphun frontal organisations is under court injunction.

The town came to a grinding halt for a few hours on Wednesday over a land dispute. Although no violent incident happened, the sudden tensions had caused inconveniences to the lives of the people as shops and vehicles remained closed.

Following submission of a memorandum to Ukhrul DC by the Hunphun frontal organisations and UHS school advisor and students over the issue, Ukhrul DC said education of students should not be dusturbed. The DC also urged TNL, the apex bodies of Tangkhul community, to exercise their best minds and maintain peace and harmony. DC Pauline said educational institutions are a government property and must be protected.

Students of Ukhrul Higher Secondary School voiced their protests holding placards that read ‘School is a temple of learning. Please Respect!’, ‘Please save our school, education is the key to nation building’, ‘Stop interfering, Education is a right’, ‘it should not have to be a fight etc.’ 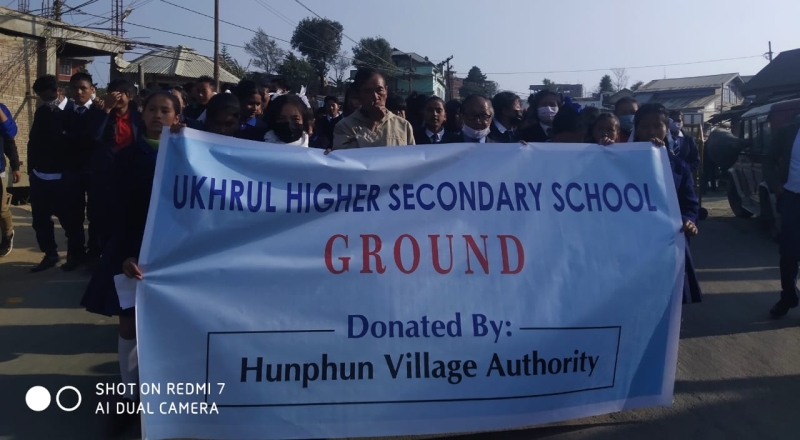 Meanwhile, briefing the media persons this evening at Ukhrul, the Hunphun Village Authority and Hunphun frontal organisations said that they acted today for protecting children’s education. It is one of the oldest educational institutions in the district providing education to many poor students, they said.

“Hunphun stands up today to protect and promote the future of students. How could an institution that has produced so many promising men and women suddenly become a customary institute,” the Hunphun frontal organisations exerted while questioning “how can TNL over-ruled the matter when the case is under court injunction.”

They said that Hunphun gave the plots for education purposes only and asked as to why the body wants to destroy the students' future by erecting the border pillars, added the fuming Hunphun bodies while underlining that they are not trying to obtain land but standing up for the future of students.

Alleging that Wednesday's incident could have been prevented had law and order maintained by police forces, the Hunphun frontal organisations lamented that they did not do their part.

As TNL had set to erect boundary fencing at Wino tang Hunphun today, which was strongly opposed by Hunphun village authority, Ukhrul district SP had issued an official statement to prevent any untoward incident as the court had issued an injunction order.

In view of this, SP Ukhrul had arranged security arrangements where the security personnel were to report to ASP (OP) Ukhrul at TNL Ground at 10 am sharp.

The SP had also requested Ukhrul DC to detail one executive Magistrate for magistrate duty at TNL ground, in his order issued Wednesday and had sought command 10 sectors to deploy AR personnel from Ukhrul AR town post to assist district police for maintenance of law and order.