A dilemma before us

IFP Editorial: Since coming over as Nagaland Governor, the GoI interlocutor RN Ravi had succeeded in isolating NSCN-IM from the other ‘Naga National Political Groups’. 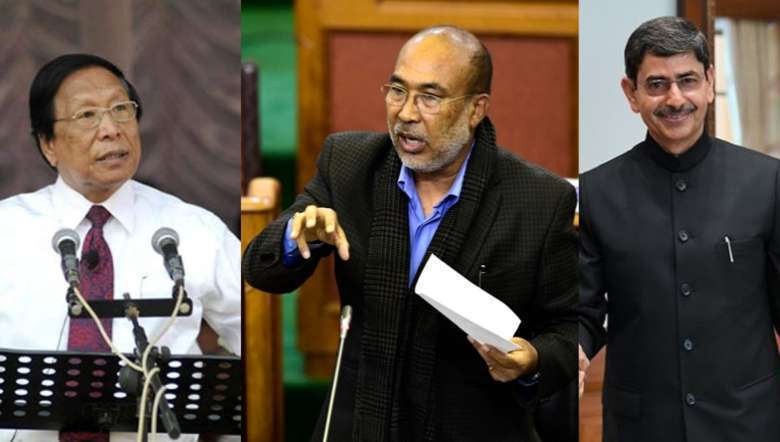 Yes, things have changed. Sometime back, NSCN (I-M) supremo Thuingaleng Muivah sat with representatives of CSOs working for territorial integrity of Manipur at Camp Hebron. What we must appreciate here is that a beginning has been made by actually sitting together and talking. Everyone knows, Muivah’s dream of a Greater Lim is still there while the stand of Manipur based CSOs is to prevent any path or solution leading to disintegration of the state at any cost. Manipuris more particularly the Meiteis had a very rude awakening in June 2001 when the ‘ceasefire without territorial limits’ was announced from Bangkok. Widespread protests broke out in the valley followed by the martyrdom of 18 souls. Ever since, the majority community Meitei has been on a defensive note to various ethnic aspirations spewing everywhere around them. No serious effort for assuaging hurt feelings among the hill brethren was made. Rather, it was all about the territorial integrity and not of hurt sensibilities. What was most lacking was the leadership and outreach required of a majority community towards the lesser communities, and a political overreach to bring the flock together.

In the recently concluded assembly session, Chief Minister N Biren Singh said that he was open to the idea of sounding out the CSOs and general public of the state for exploring the possibility of bringing an understanding aimed at finding a solution for the protracted peace talks between NSCN (I-M) and the Government of India. Well, he was responding to Ukhrul MLA Alfred Kanngam Arthur.

While asserting that the ceasefire pact signed between the Government of India and NSCN (I-M) does not cover Manipur, the chief minister was quite careful in his response. Remember, he wielded an axe in the 2002 state assembly elections to gate-crash his way into politics riding the high wave of the movement of Manipur’s territorial integrity. Now, he is the chief minister of the state and he should be receptive or at least seen to be receptive to the sentiments of every community inhabiting the state. The question however is, can he afford to deviate from his original standpoint with regard to the territorial integrity of the state. From the day he was sworn in as the chief minister, he has been trying to bridge the hill-valley divide through certain confidence building measures and is quite successful at it. Yet, the new found trust of the hill brethren sometimes seems more towards N Biren Singh individually rather than to the majority community as a whole. This needs to be addressed first before embarking upon any journey towards resolving misunderstandings or overlapping aspirations between communities.

One must also understand the present realities surrounding the peace talks between the NSCN (I-M) and Government of India. Since coming over as Nagaland Governor, the GoI interlocutor RN Ravi had succeeded in isolating NSCN (I-M) from the other ‘Naga National Political Groups’ who desire to limit the resolution of the Naga problem in the state of Nagaland only. The NNPG does not want any friction with the Meitei or Kuki underground. Now, the cat is out of the bag. Isolating the NSCN (I-M) or the Tangkhul leadership was all along RN Ravi’s agenda while the overall strategy was to tire out the enemy through endless rounds of talks. The mainland Nagas have all along been against Manipuri Nagas taking centre-stage in the Naga Nationalist movement and in fact they feel that Muivah had hijacked the Naga movement. That is why, they have been so quick in disowning Muivah once they were assured of support by GoI through RN Ravi. The dilemma before Manipur today is, should we let events to take its own course and forsake a son of the soil even if he had chosen to chase a dream which could have led to disintegration of the state or welcome him to the fold of a new Manipur, the shaping of which should certainly include the interests of all the communities. Is N Biren Singh up to the challenge? We have to see.