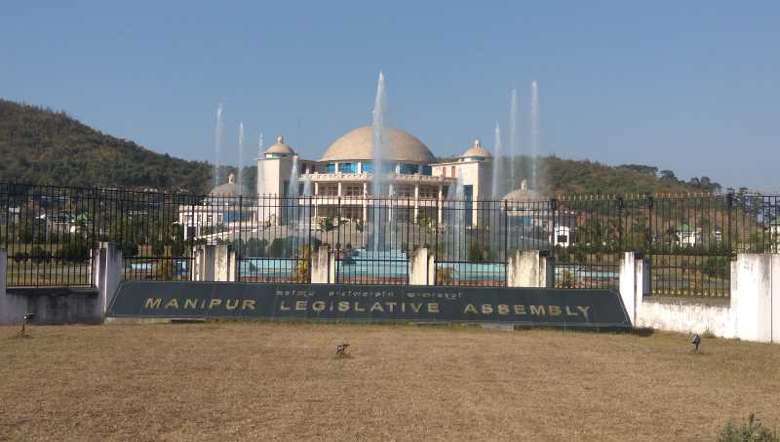 Independent journalist Grace Jajo on Tuesday alleged that she was denied entry into the Manipur Assembly without giving any valid reason by the security personnel though she produced her temporary press gallery card issued by the PRO of the Manipur Assembly secretariat on Monday.

Speaking in a press conference held at the office of Human Rights’ Alert (HRA) in Imphal, Grace alleged that her press card issued by the state Assembly was snatched by the security officer posted at a gate of the Assembly complex and she was also told that her entry is denied.

She managed to get back the press card issued by the Assembly and asked the security personnel to show the order of denying her entry, she said.

“Treating me like a criminal, I was forced to go away from the Assembly complex without getting any explanation why my entry into the Assembly was denied,” Grace said.

Executive director of HRA Babloo Loitongbam said that HRA will lend full support in the fight for justice against the culprit(s) and to restore the dignity of the journalist.

According to Grace, she obtained her Assembly card as temporary reporter of The Aja daily and she did not receive the order for denying her entry into the Assembly till date.

On the other hand, a release issued by the state Assembly secretariat stated that the Assembly press gallery card issued to Grace was revoked on February 22 and she was not allowed to enter the premises of the Assembly complex.

On February 21 Grace posted a link of a local news web portal with the caption, “Drama from the Assembly,” it stated.

“Her act amounts to demeaning the process taken up by the Assembly secretariat functioning according to the rules of procedure of conduct of business in Manipur Legislative Assembly,” it stated.

“Taking serious note  of her intentionally trying to malign the official procedure amounting to breach of privilege and contempt of the House, the matter was referred to the  Committee of Privileges and Ethics, Manipur Legislative Assembly,” it  added.

The order for revoking her Assembly card order was intimated to the editor of The Aja daily on the same day, the release stated.