On Tuesday, AMOFA Moirang will take on LYCC Chandel in the first match while RAU Lairikyengbam Leikai will face TRUGPU Nambol in the second match. 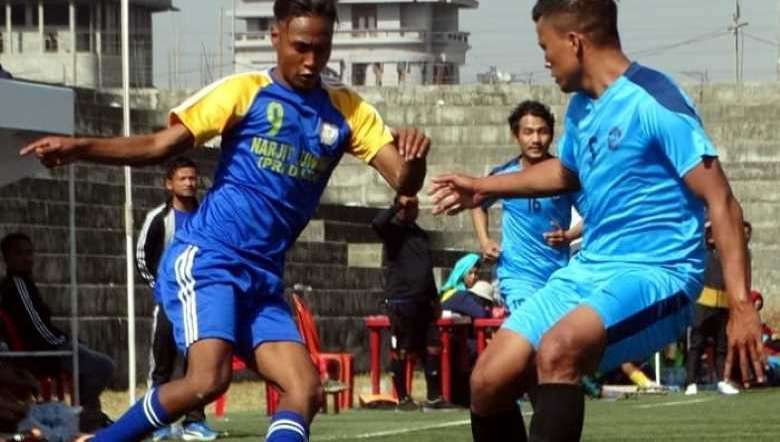 LYGSEDA team was twice shy in letting Lamjao player L Kishan unguarded to have a free run in its danger zone; however, the former realised their mistake and made amends at the end for the drawn result, to split a point each.

FC Lamjao struck in the 17th minute of play with L Kishan netting home the opening goal to the delight of his teammates. But their joy was short-lived as LYGSEDA came up with the equaliser from Thangtinlen K in the 24th minute to level 1-1 goals in the first half. As the game entered the first half whistle, LC Lamjao, once again, rattled LGYSEDA defence when L Kishan pushed home the second goal in the 39th minute of play for the lead.

LGYSEDA increased their rallies in the second half and persistent efforts paid off when B Samte came up with the much desired result, fetching the equaliser in 74th minute to level 2-2 goals till the end. FC Lamjao player M Somorjit got a yellow card in the match.

In tomorrow’s match, AMOFA Moirang will take on LYCC Chandel in the first match while RAU Lairikyengbam Leikai will face TRUGPU Nambol in the second match.