Three persons in connection with the case have been arrested and seized all items used for manufacturing and processing brown sugar. 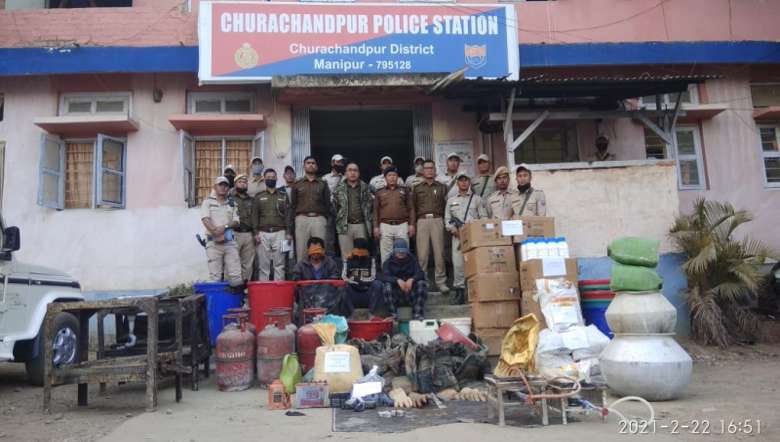 The operation was led by SDPO of Thanlon, David Kilong under the guidance of additional SP (LO) and ASP (Ops) under the active and overall supervision of SP of Churachandpur, Amrita Sinha.

“The raid was part of the state government’s initiative on the ‘War on Drugs’ campaign,” Amrita Sinha said.

The seized items used for manufacturing and processing brown sugar included ammonium chloride, di-ammonium phosphate, lime, 5.3 kg of opium and other items along with a sum of Rs 1 lakh in cash.

Churachandpur Police has registered a case in connection with the case under ND and PS Act and further investigation is on till the time of filing this report.