'Necessary steps will be taken to promote Manipur arts and culture'

The 7th Manipuri Folk Dance festival organised by TG-Foundation for Arts and Culture concluded on Monday. 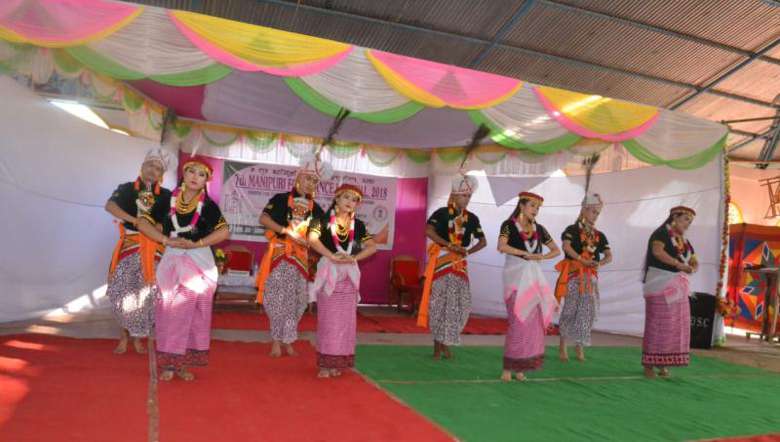 The closing ceremony of two-day 7th Manipuri Folk Dance festival organised by TG-Foundation for Arts and Culture (TG-FOAC) under the sponsorship of the Ministry of Culture was held at Pukhao Laipham community hall, Imphal East on Monday.

During the occasion, state co-coordinator, Arts and Culture Sh Nabachandra Sharma said the infrastructure of MDU hall and Rup Mahal theatre hall needs to be improved to promote the art and culture of Manipur.